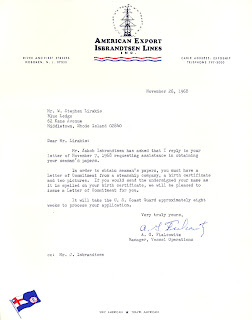 In 1968 I sailed the Bermuda and Trans-Atlantic races. Finishing in Travemunde, Germany. My friend John Watson and I had the clever idea of selling our plane tickets, buying a car, touring Europe, selling the car at the end of the summer and buying tickets home. The problem was that the very second hand car we bought died within a few days.

Now we are stuck; with no money. The story has many twists and turns. We sold the car for junk, with difficulty; bought tickets to England , because my uncle who had been the ambassador to the court of St. James; had given me the name and address of some friends. Arriving in England, immigration was not sure they wanted us to enter the country, as we had no money, no visible means of support. I swallowed hard and called my uncle’s friends. We were immediately welcomed to their house on Hyde Park Corner. We stayed a few days, They very kindly loaned us money to get home.
This is when I decided that I would prepare for this eventuality by writing to all the shipping companies I could. There were quite a few and most of the owners had sailboats and raced them.
The Only one who responded favorably was Jakob Isbrandstsen. I did go through the process to get “papers” which I still carry, although never used.
This June at Block Island Race Week Jakob and his wife were honored at the members dinner of the Storm Trysail Club. I told him the story. 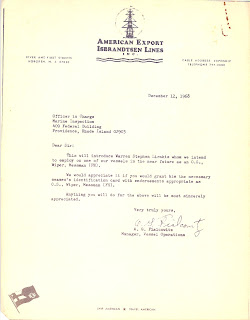 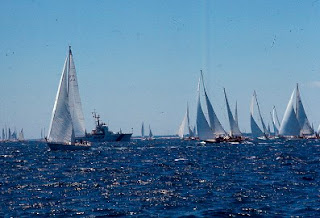 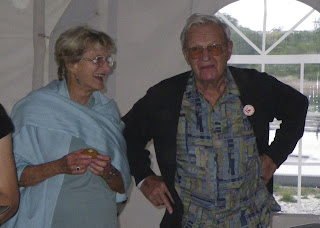