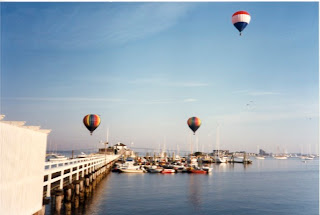 Teddy Nelson had been the Steward at Ida Lewis Yacht Club for many years. His father had held the position before him. Both had been devoted to the club.

During a storm, Teddy would be the one who saved your boat, ever vigilant, he would sleep at the club if foul weather was forecast.
In the photo Teddy is toasting my graduation from St. Georges’s School.Teddy was of a generation that thought he would be employed at the club until he could no longer do the job or he died. I believe he was terminated in 1972. It broke his spirit, he never really recovered from it. I resigned from the club when it happened. 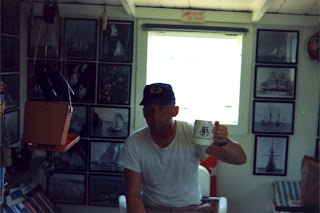