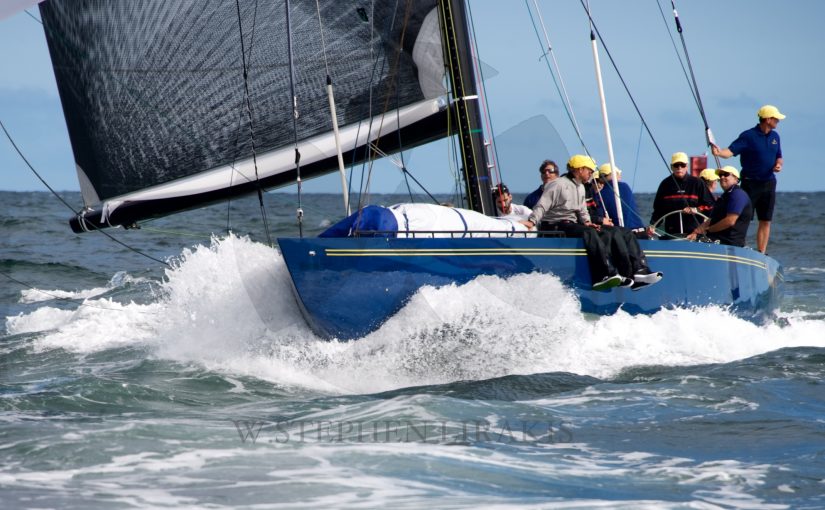 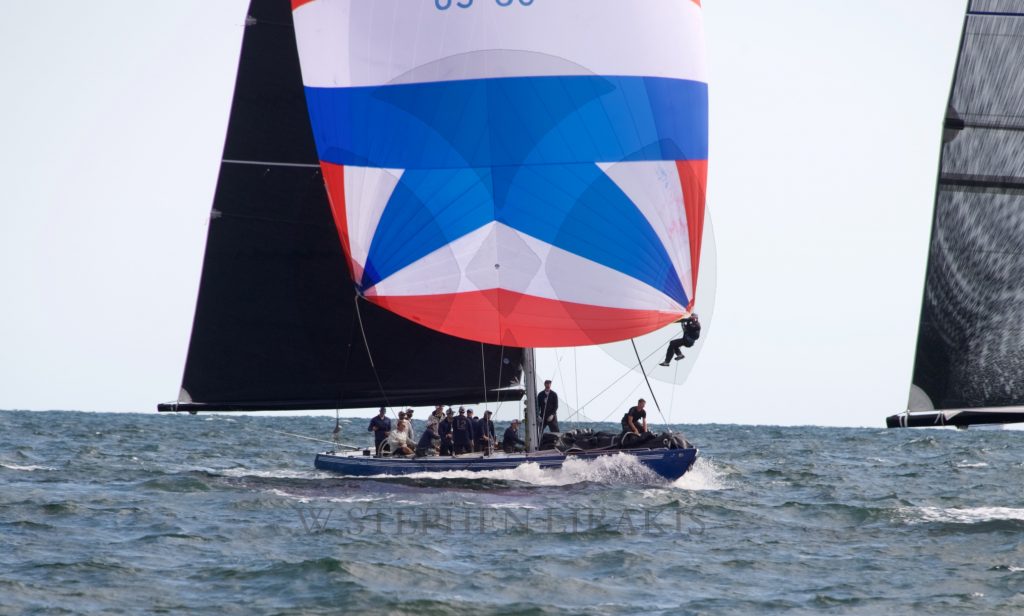 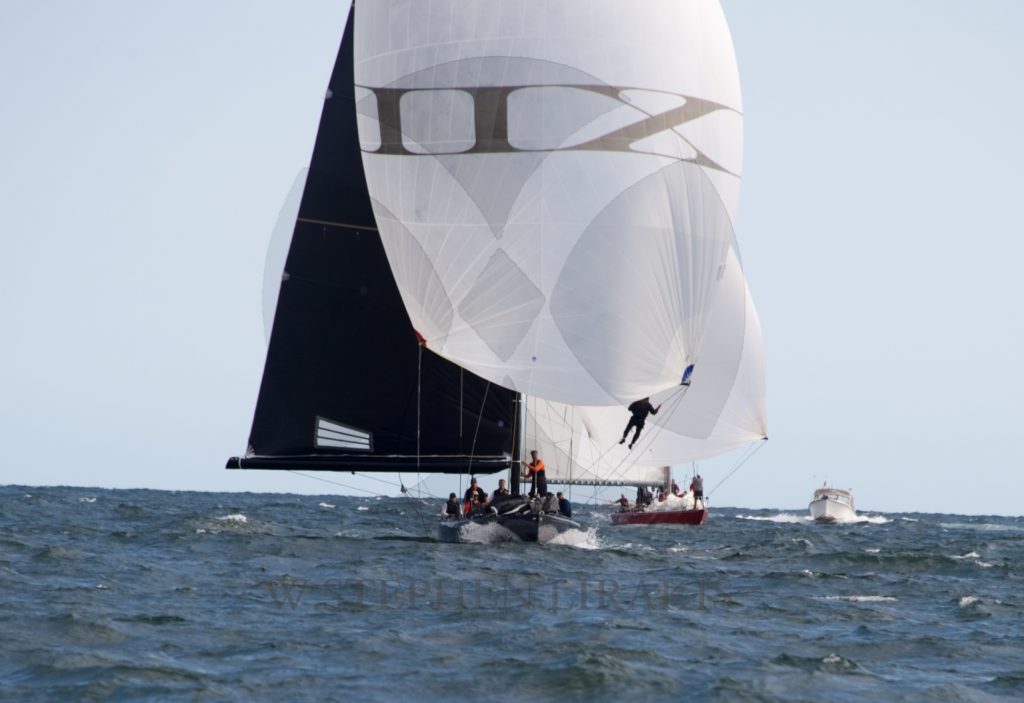 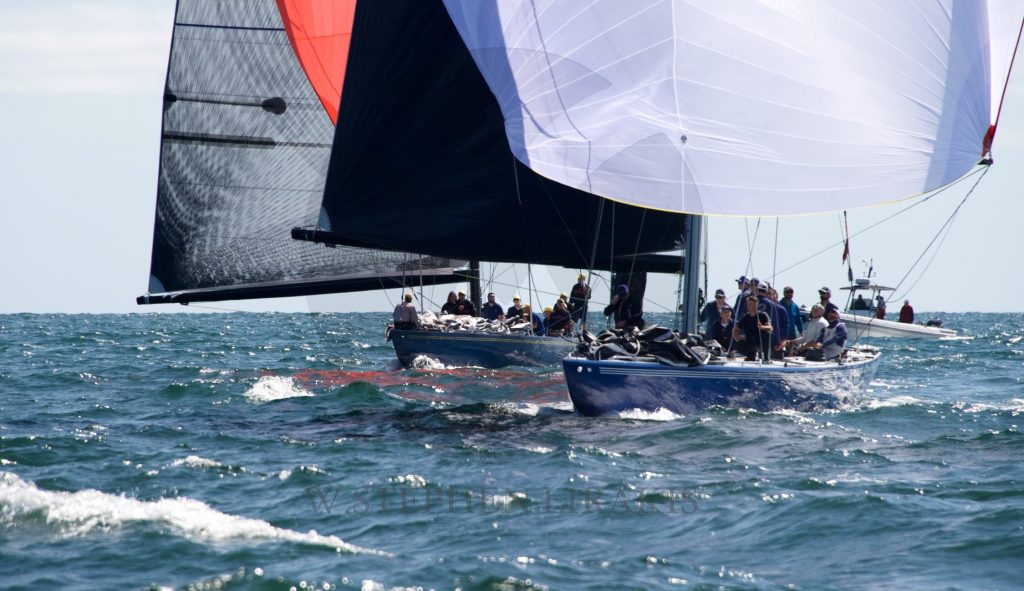 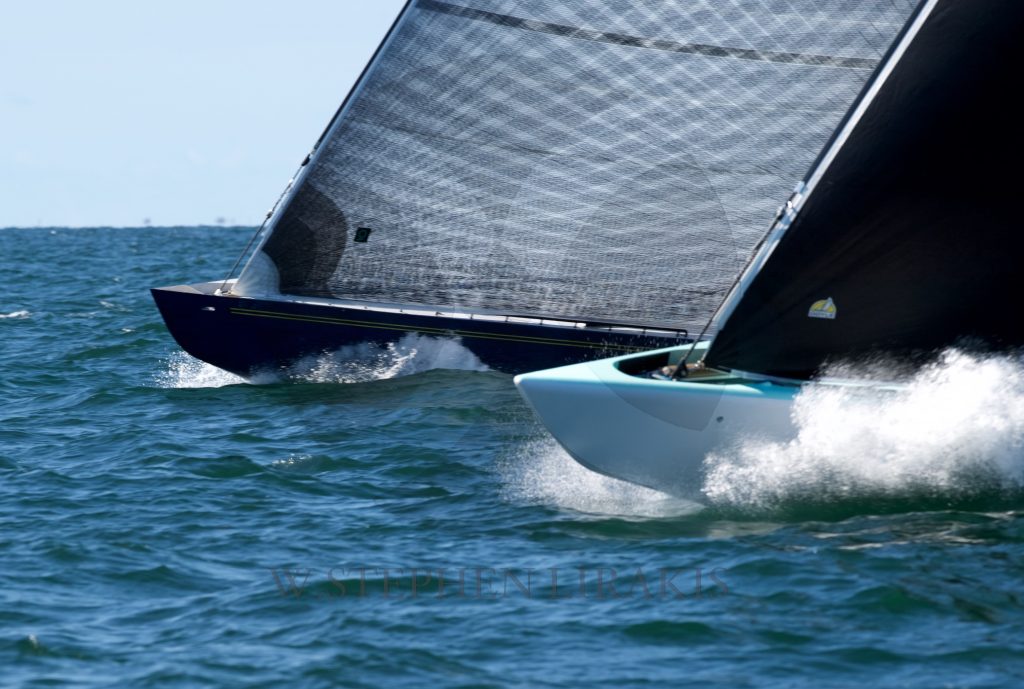 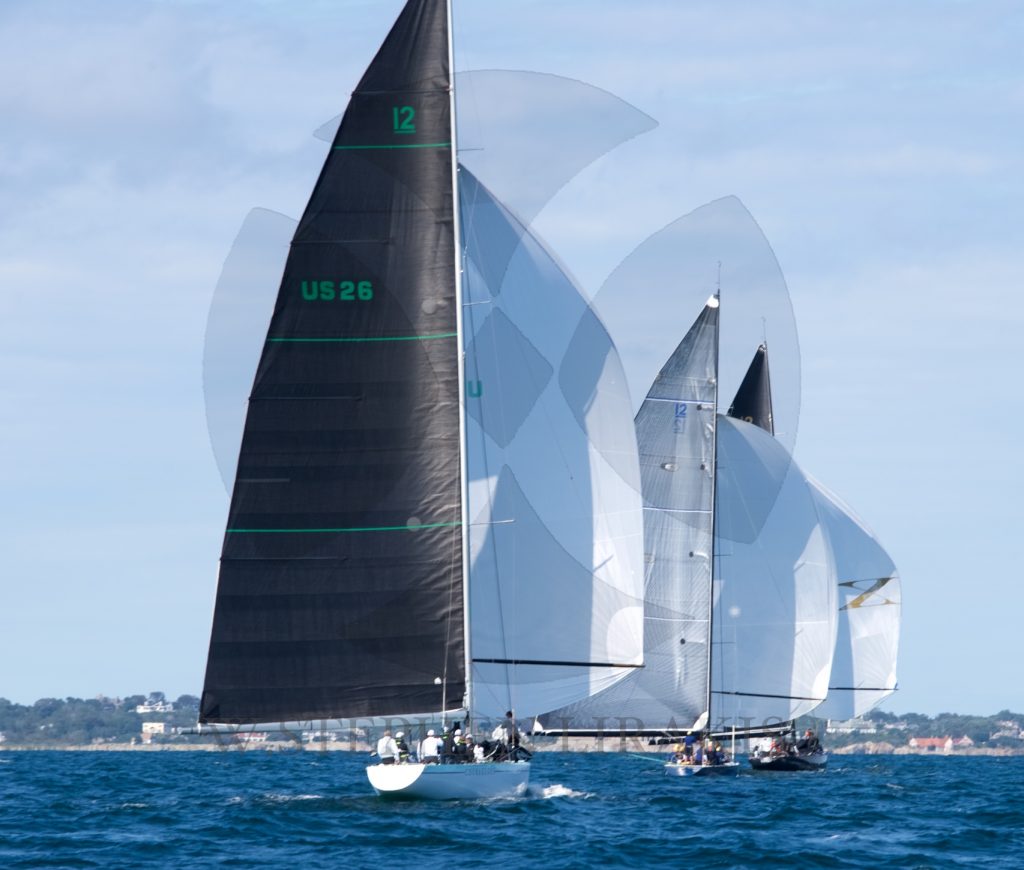 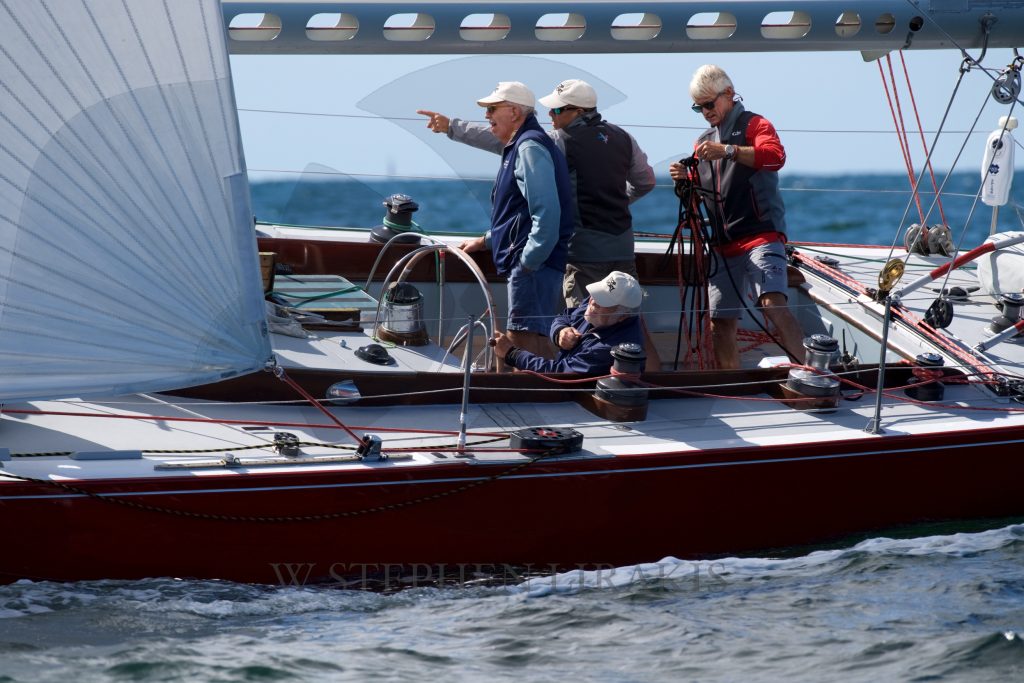 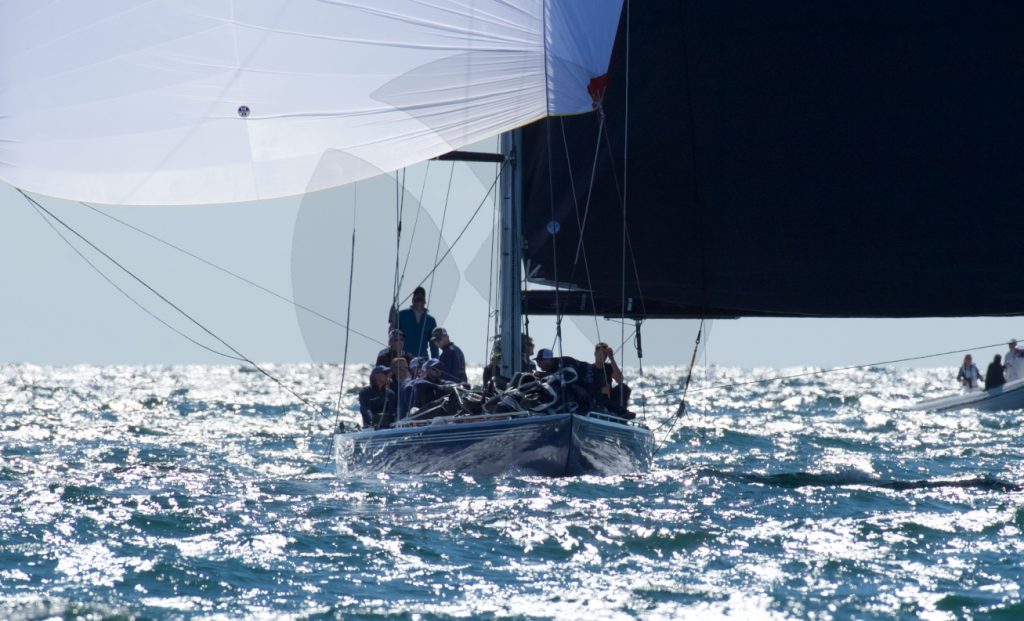 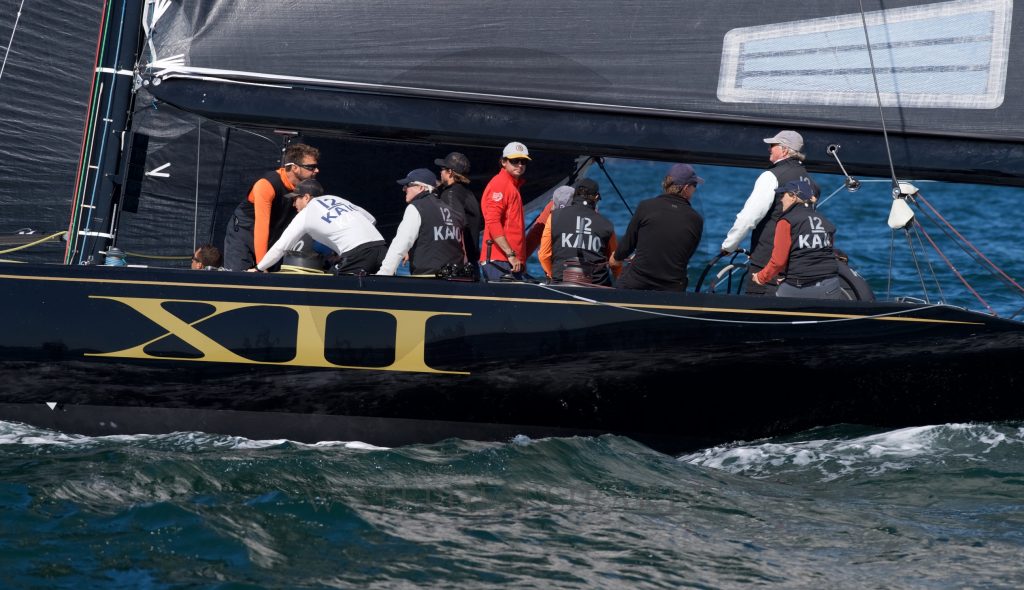 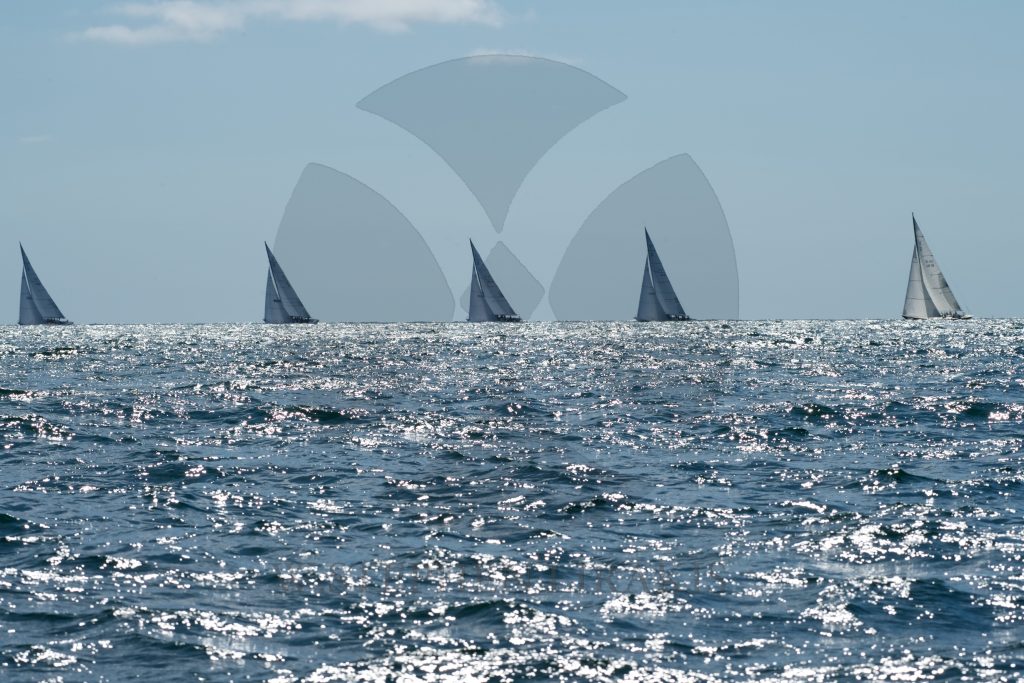 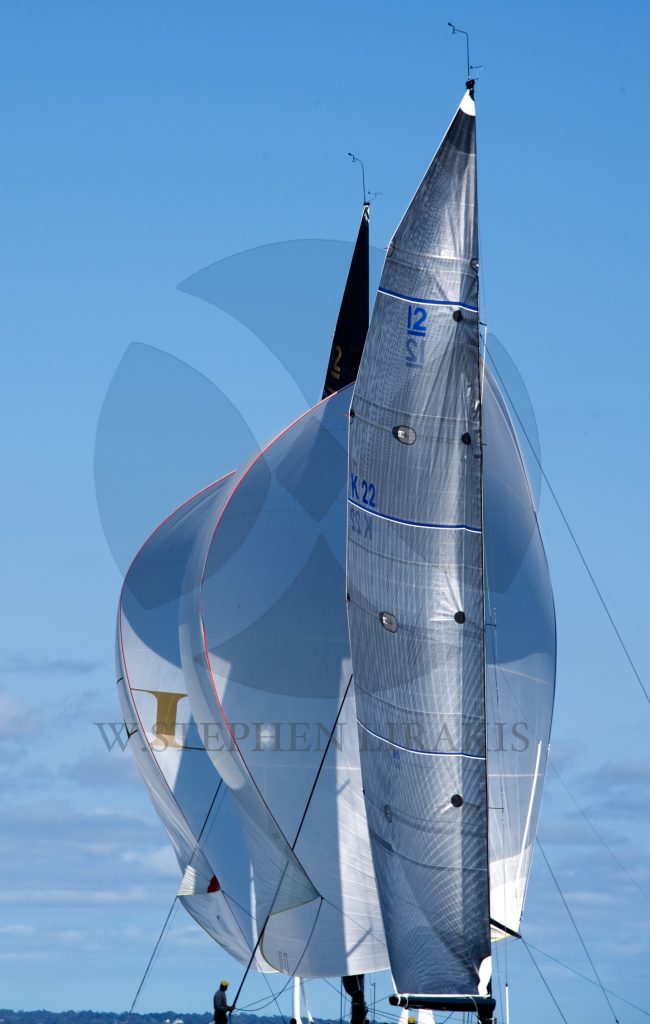 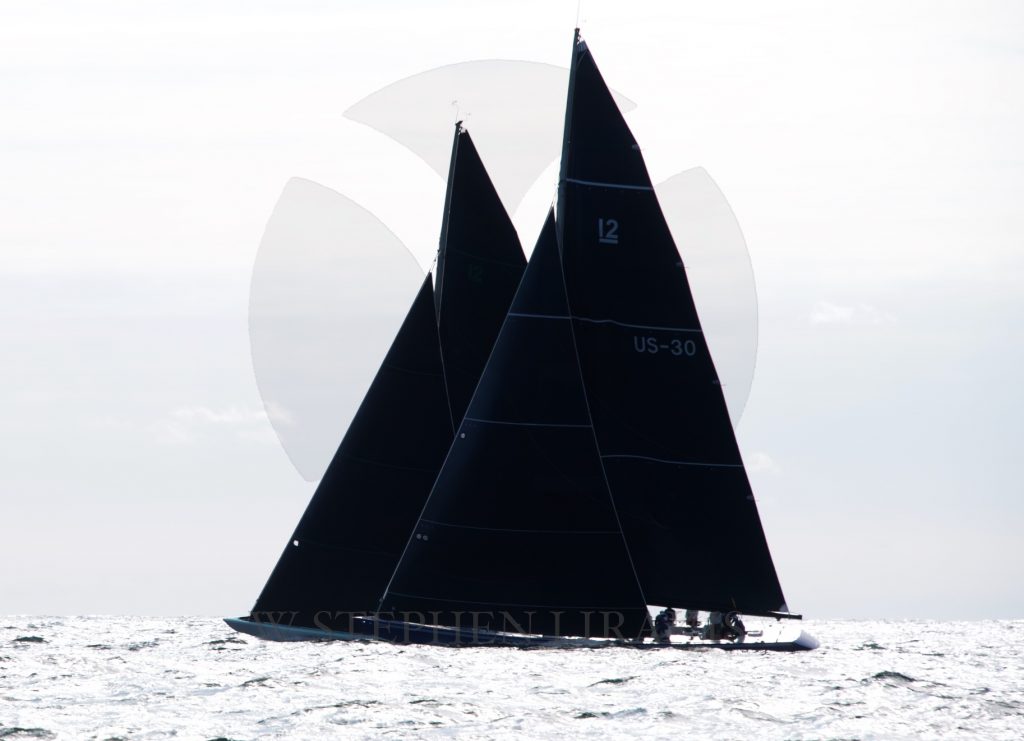 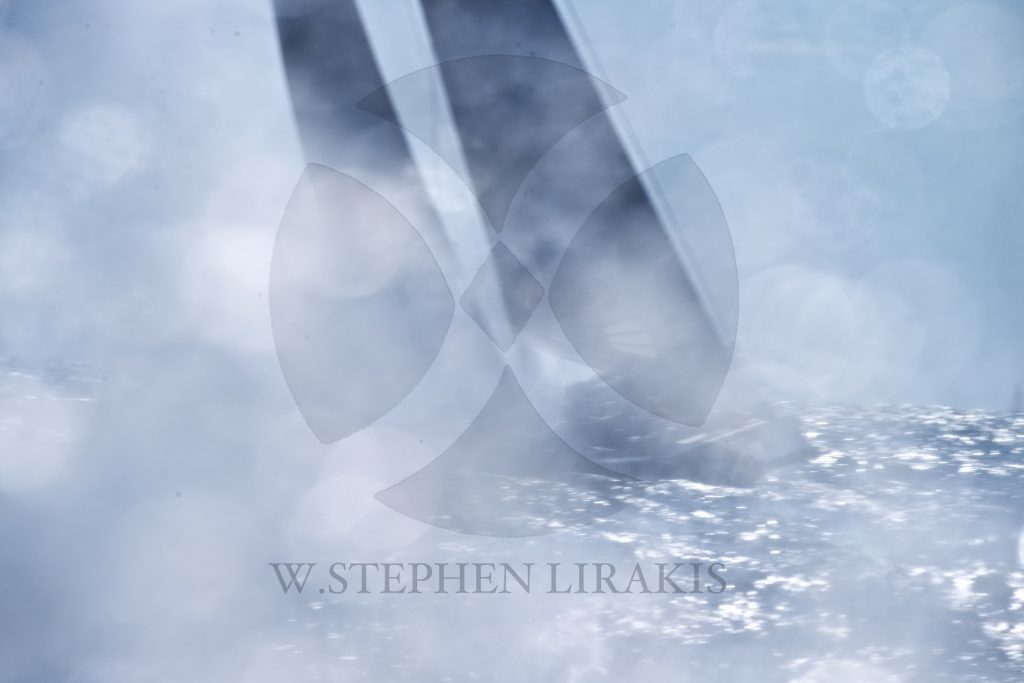 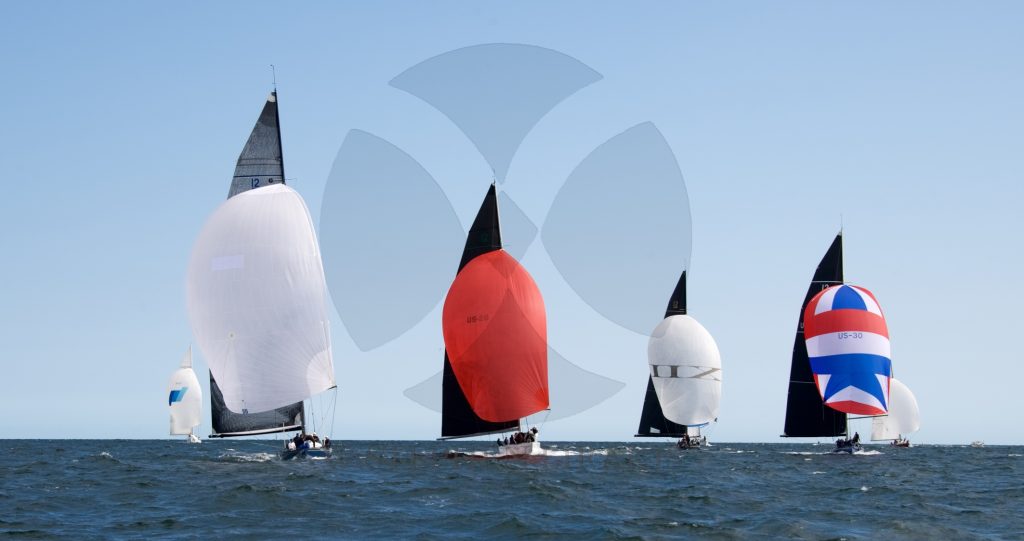 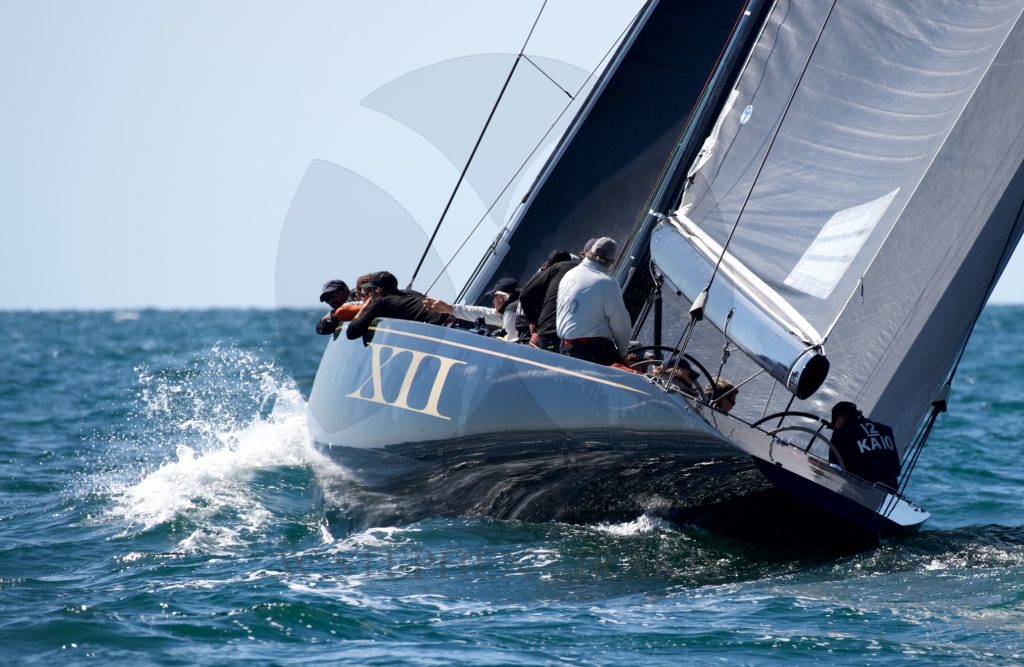 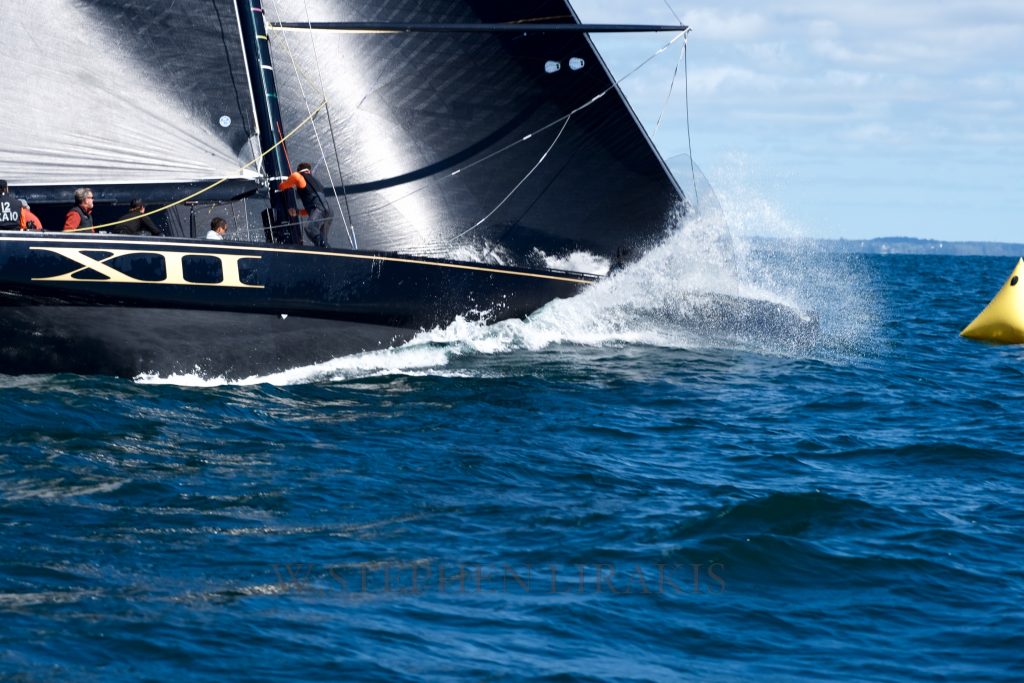 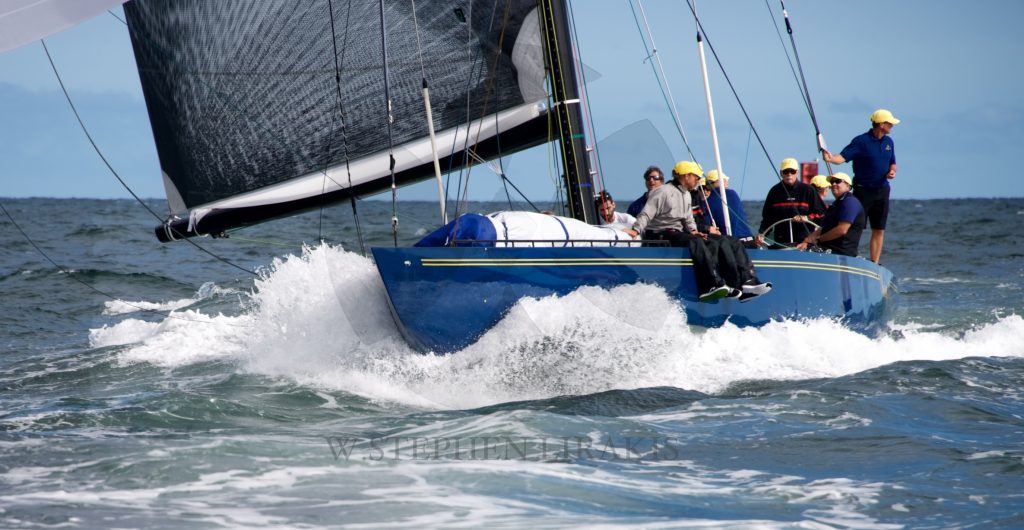 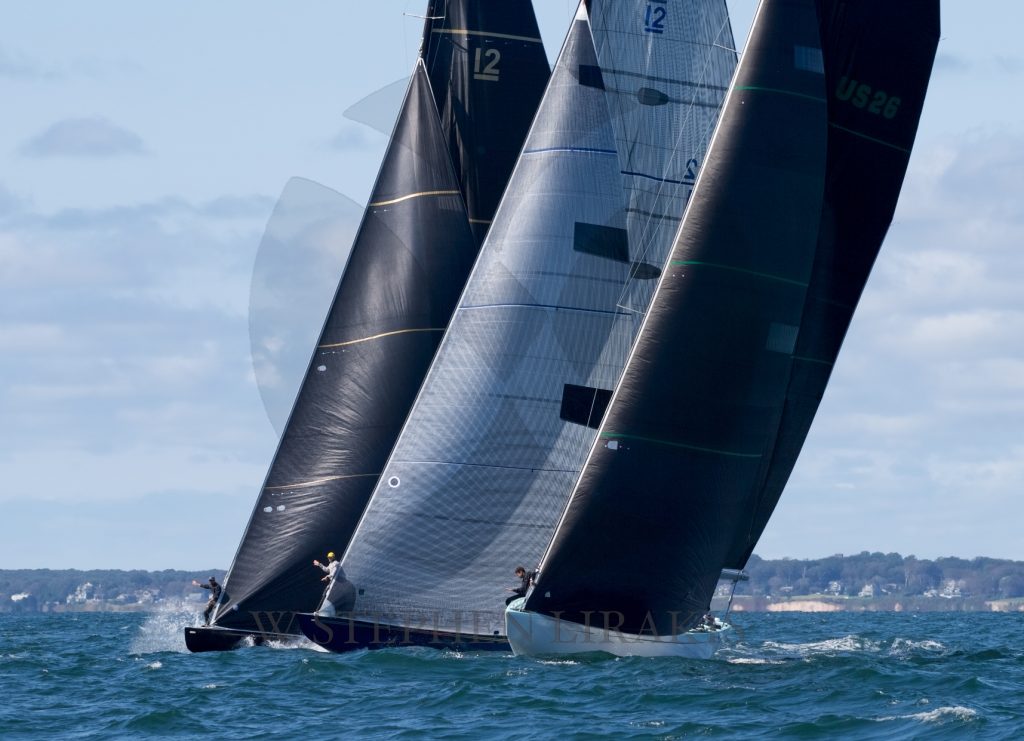 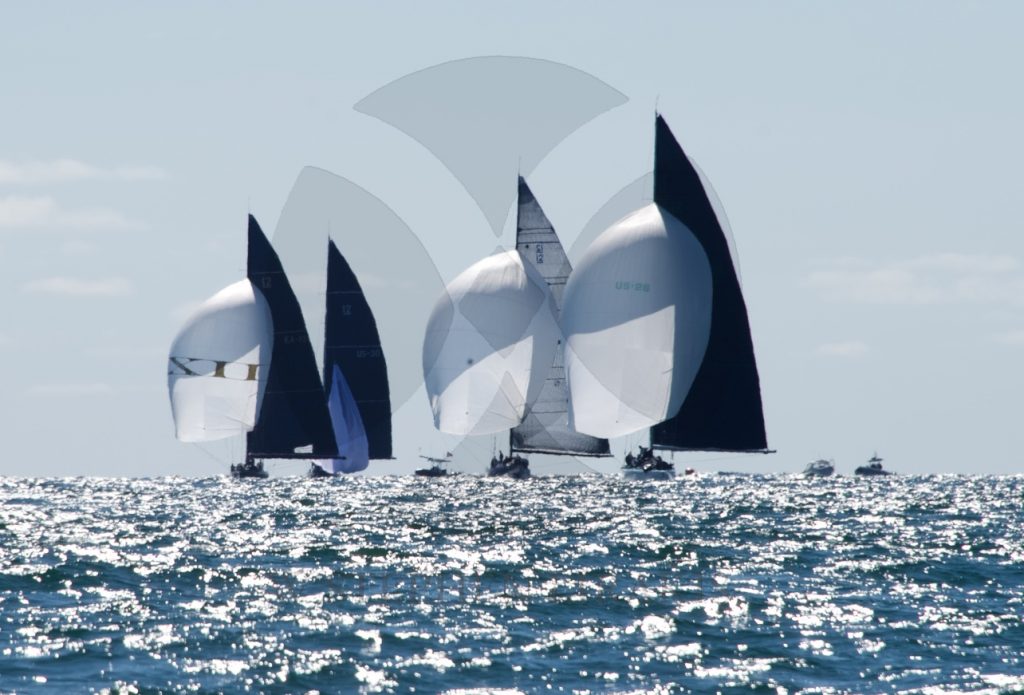 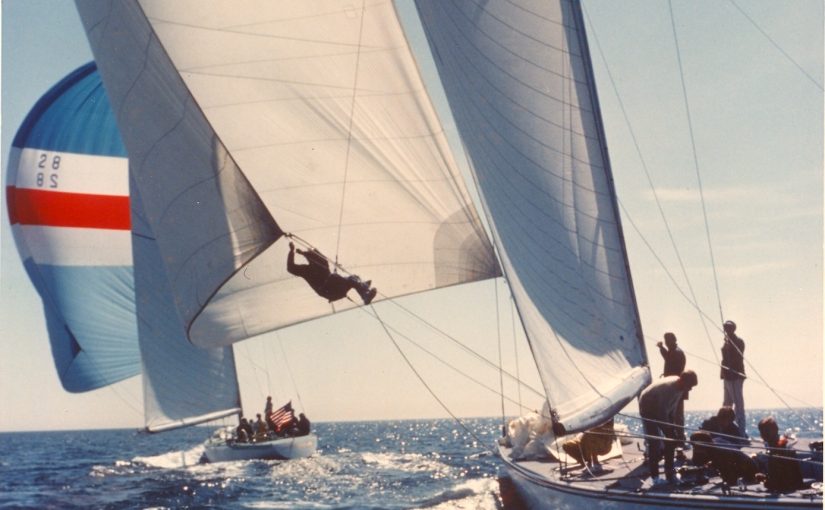 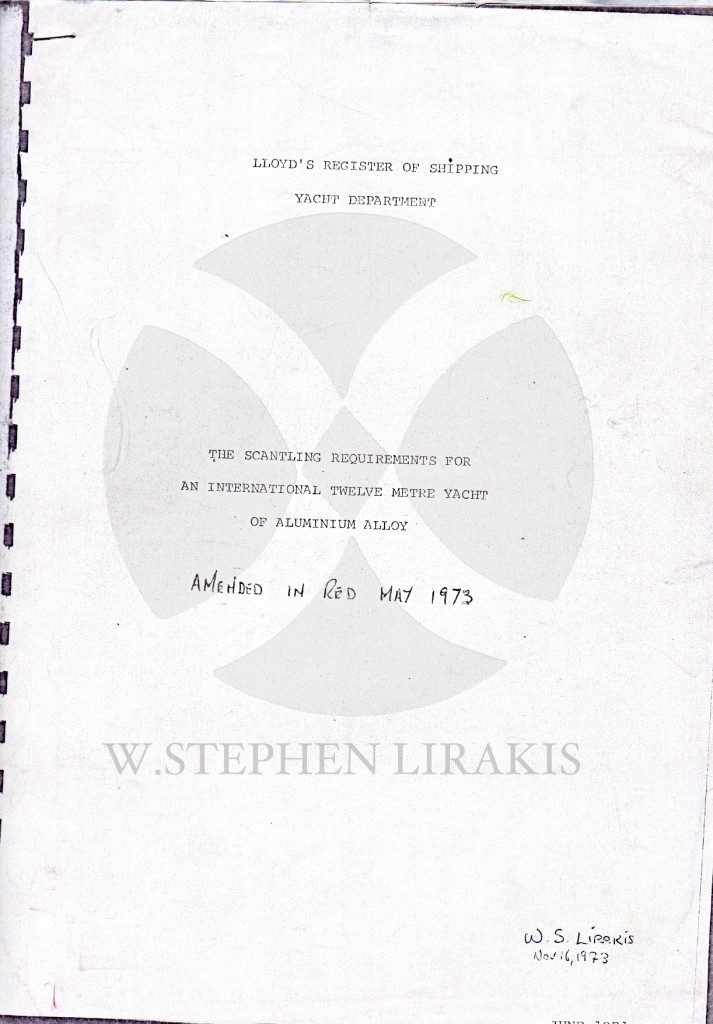 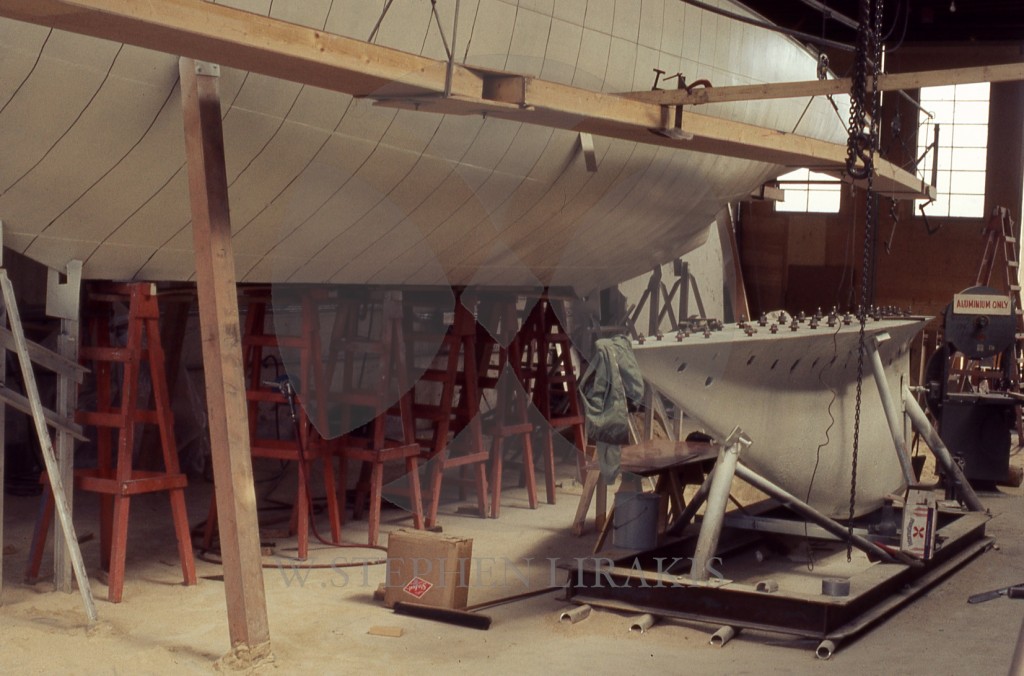 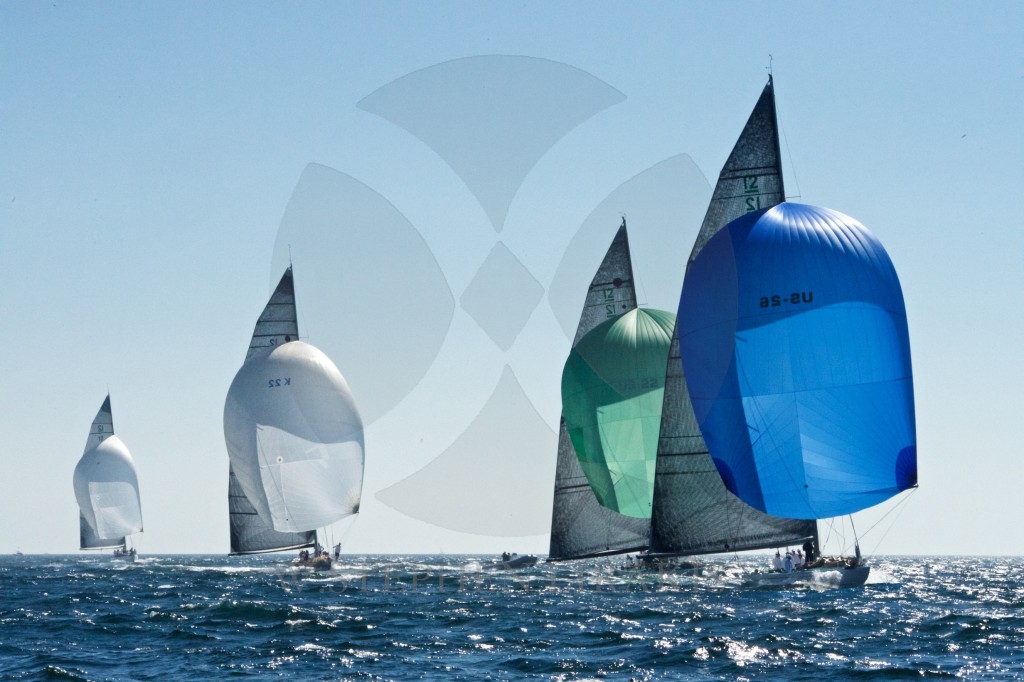 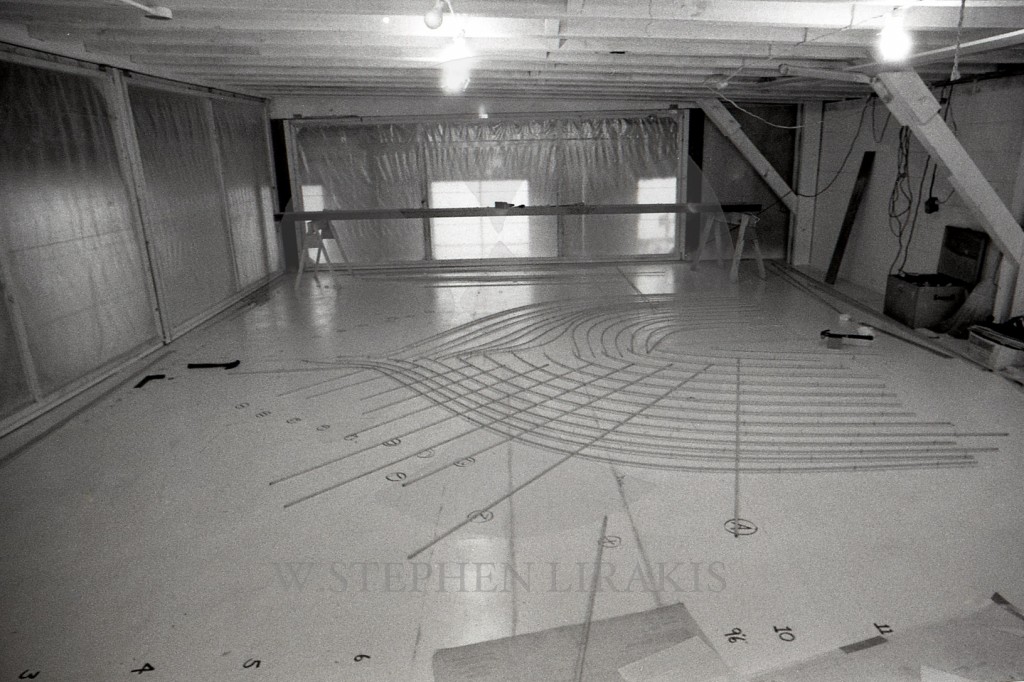 a recent response to the “official” letter. As I read it; missing the point.; however self serving. 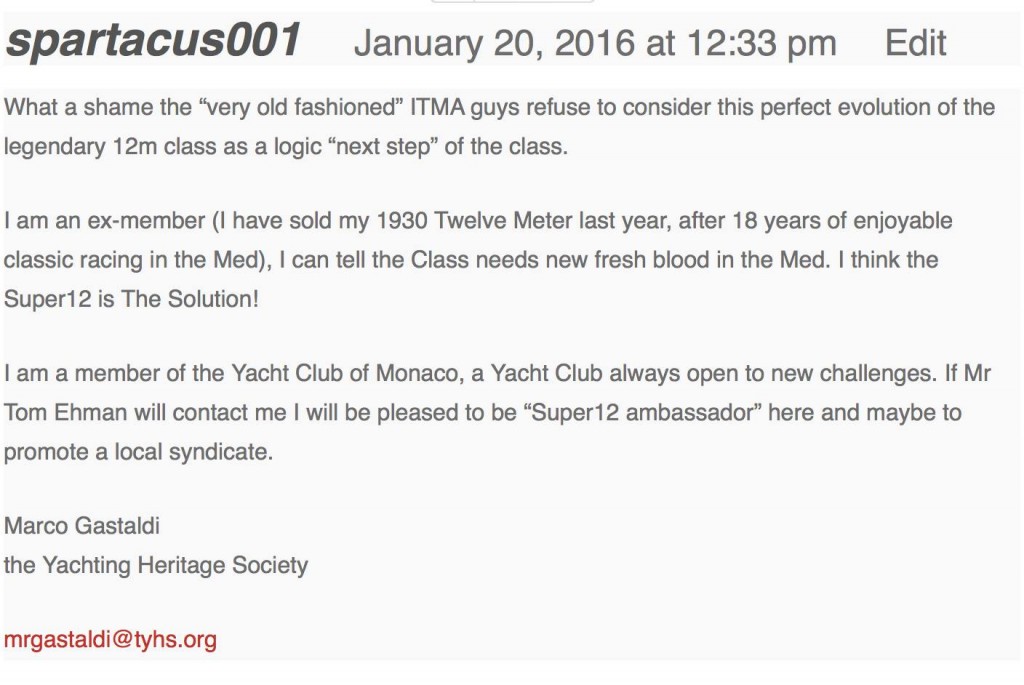 At last a statement of fact. accurately expressing things as they are.

The proposed boats would never measure as a twelve meter. They are being proposed as the next evolution of the twelve meter however.

click here for the link to the super twelve site.

you will see that the photos are of past 12 meters and IACC yachts which were successors to the 12’s in the America’s Cup.

We have followed with interest your efforts to establish a new racing class in San Francisco conceptually modelled on the International Twelve Metre.

While we have no issue with the formation of such a class, the International Twelve Metre Class does object to your continued use of the heritage and history of our class in the promotion of your new one.

As I have mentioned to you before, our Class is active and healthy, especially in the North American Fleet based in Newport, and the in the Northern European Fleet based in the Baltic where the newest Twelve was launched in 2015. This is in addition to the recent refurbishment or restoration of several Twelves such as VICTORY ’83, DEFENDER, BLUE MARLIN, ITALIA II, and VIM.

Further, we have registered with authorities our objection to your use of the International Twelve Metre Class Insignia. Such use is completely at odds with the mutual respect for each other that has existed between sailboat classes since the adoption of such insignia at national and international levels.

As you are well aware, the current 12 Metre Class Insignia has been in continuous use since the adoption of the Second International Rule. Further, the addition of an “S” was used by the Scandinavian 12’s built to the Second Rule but prior to the effective date of universal implementation of the Second Rule. Subsequently, as you also are aware, the “S” has been used by yachts built to the Universal Rule at 17’ rating, specifically the Herreshoff “S” Boat one-design first launched in 1919, and still an active racing class.

As I have written to you before, ITMA, our owners, and our sponsors do not wish to see our class, legacy, or brand diluted by your efforts. If your effort is worthwhile it should be able to stand on its own, not on the Twelve Metre Class.

Thanks to Henrik Andersin for the marvelous historical footage

It is the first official day of  Fall, and the first race of the first day of the 12 meter north american championships. 10 boats in three classes. The real regatta will be the match racing between Victory “83 (K 22) and Courageous (US 26) I would give Victory an edge upwind and Courageous the edge downwind. I expect that unless one or the other catches a wind shift, the two boats will never be more than a few boat lengths apart. 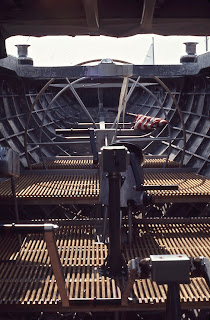 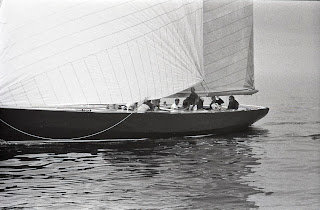 Every syndicate that vies to defend the America’s Cup invests all it’s hopes and desires in their boat. The manifestation of everything leading up to an America’s Cup summer. “Mariner” was no different. Every sailor also wants an edge, generally that is translated into an extra margin of boat speed. Every boat has a good crew; but without a good boat under them, there is little anyone can do. “Mariner” was in trouble in that department from her first day sailing.  No matter how many times “Mariner” was in a controlling position, she could not hold it.
“Intrepid” rebuilt by Gerry Driscoll from San Diego, coming back for another try. Since she was built of wood and therefore at least 3,000 pounds heavier than her aluminum rivals,and woefully short on budget, no one expected her to be a legitimate contender.
“Interpid” had been largely abandoned, Gerry Driscoll rebuilt her essentially to her original lines, a bigger rudder, A low profile crew, focused on sailing. Having sailed with Gerry(I will write about this later) he owned the starting line. This is an example of a crew out sailing the other boats, The selection committee continued racing between “Courageous” and “Intrepid” until practically until the start of the America’s Cup itself. I believe the Selection Committee was under pressure to select the new boat, the racing sharpened both boats. I also believe “Courageous” was a faster boat, just not as well sailed. 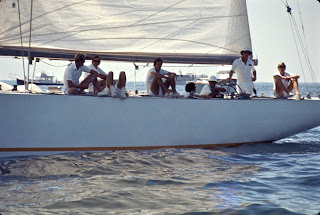 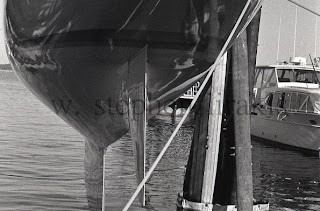 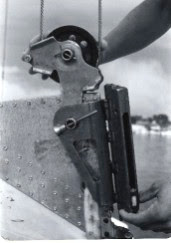