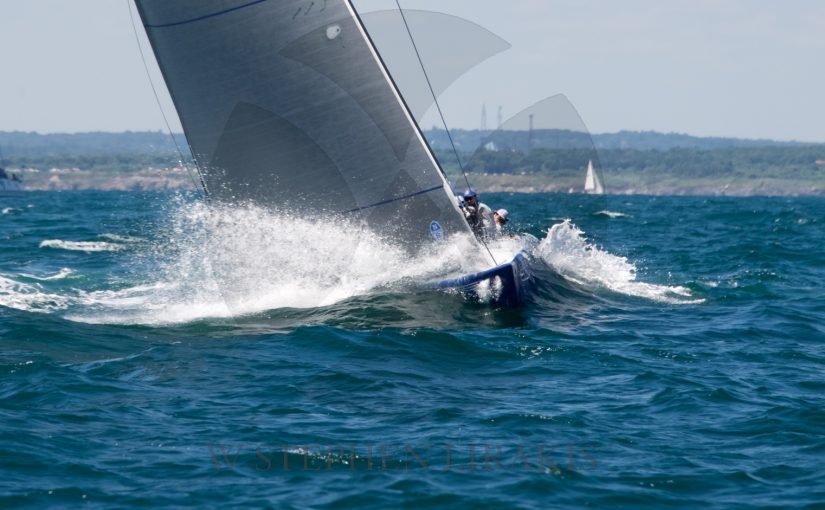 The final day of racing off Newport was a glorious day with very challenging conditions given the leftover swell. 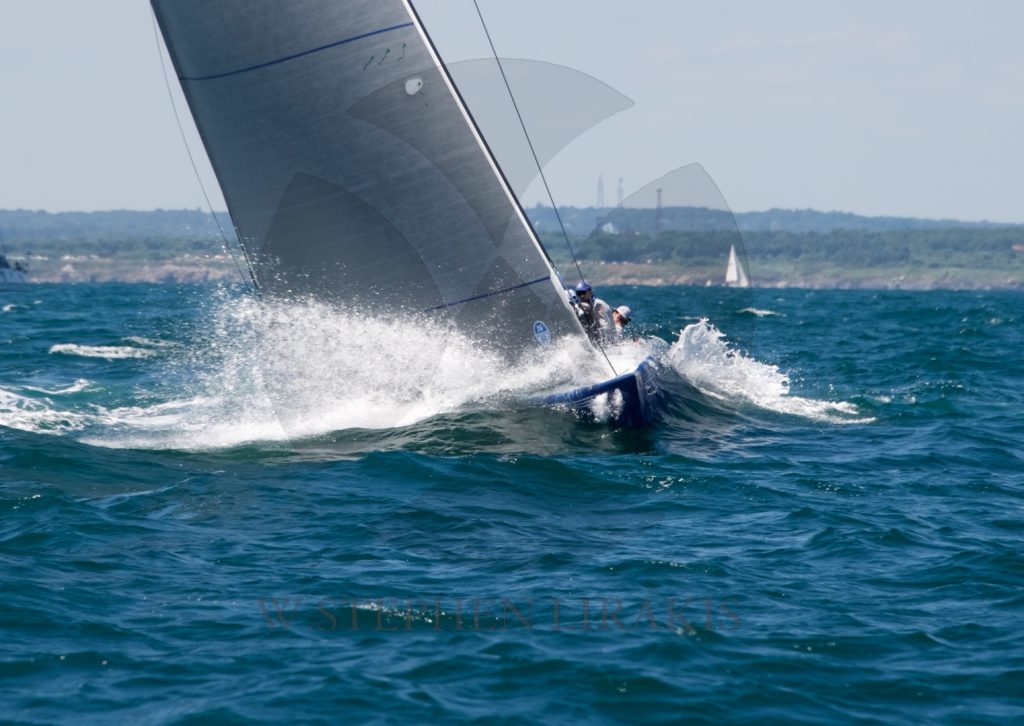 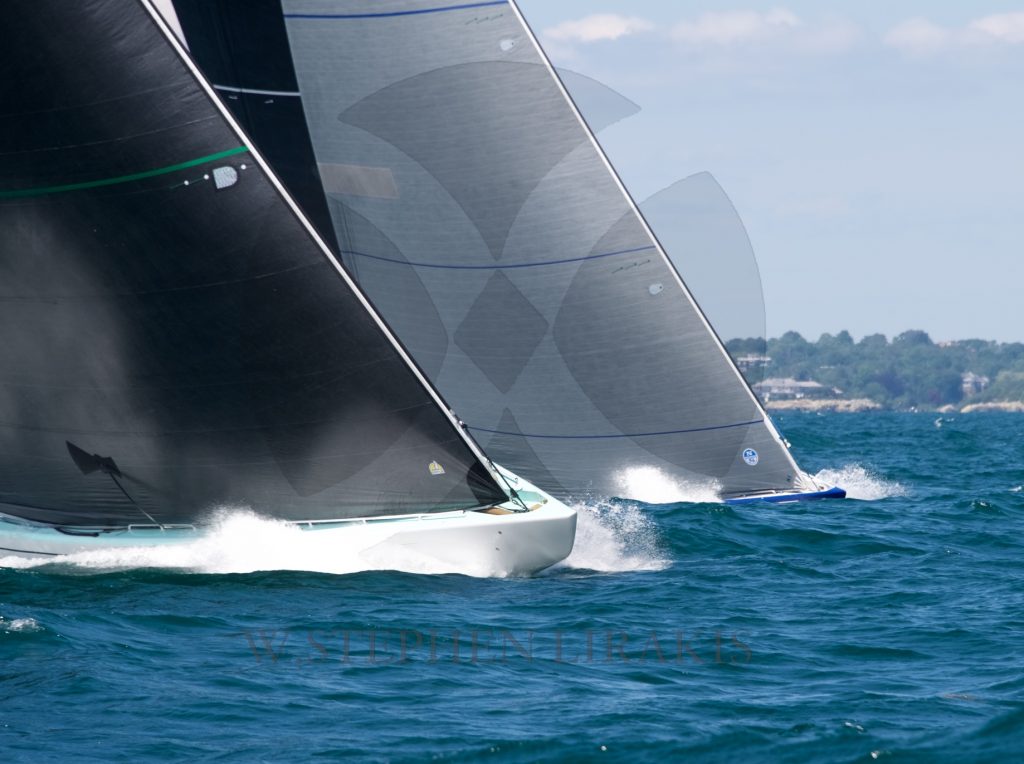 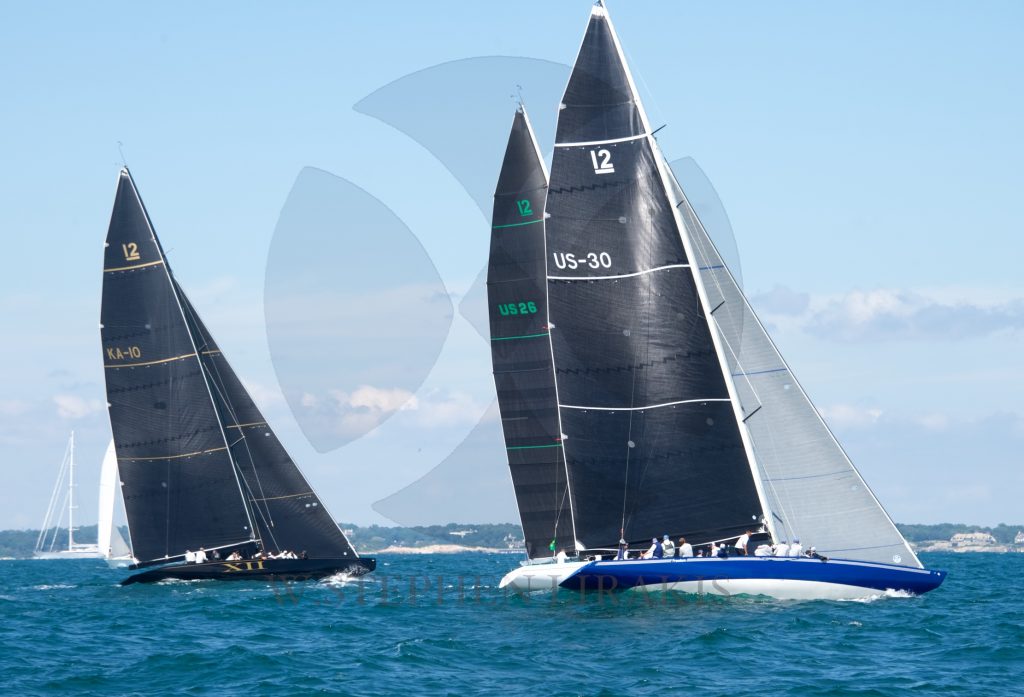 This past weekend was the 12 meter north american championships in newport RI. the racing was close in the end. 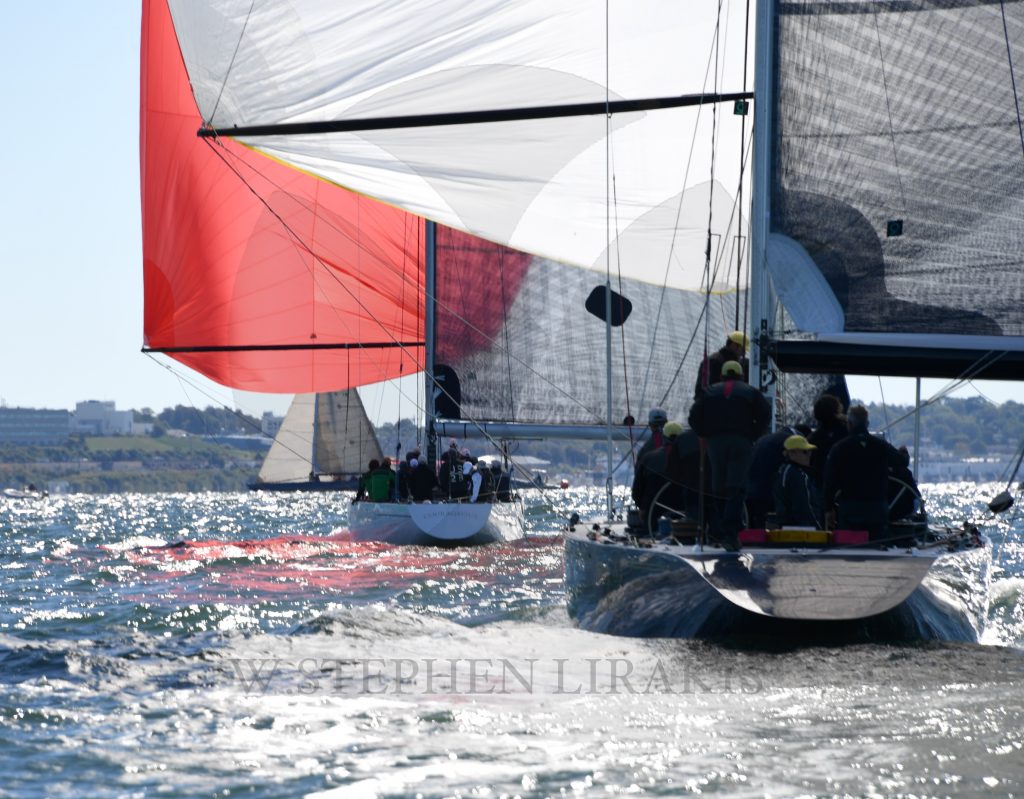 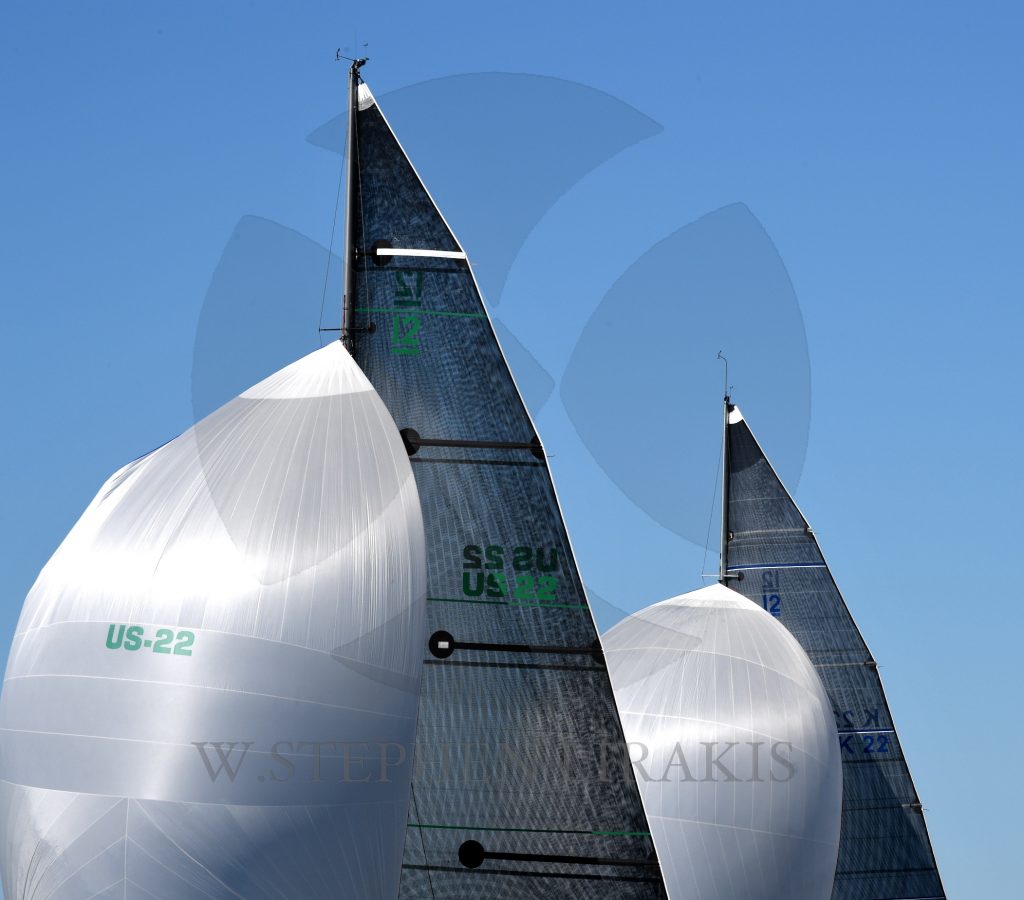 THESE BOATS ARE NOT REALLY ANYTHING TO DO WITH 12 METERS.

challenge of the ancients Tom Ehman’s Golden Gate Yacht Club Challenge already made its first political change – it’s now known as the SF Yacht Racing Challenge to keep from pissing off the rest of the Bay Area clubs.  One sneaky anarchist attended an Ehman presentation about this ‘outside the box’ event for the age-advanced, and here are the details we’ve scooped up:

+ The new class will be known as Super 12s, and will be more of a ‘Spirit of Tradition’ version of a 12 rather than a real one.  A Grand Prix (post-1983) 12 above the waterline, a modern fin-keel yacht below. Carbon-composite hull, deck and rig.

+ Strict OD including deck hardware and sails (lesson learned from Volvo) for the obvious cost savings, as well as to make it a crew contest, not a design/budget battle. Draft will be under 10? – they’re shooting for 9’5? – both for access to area clubs and to commercial yards.

+ Boats are expected to be convertible to a charter life after their competitive lifespan ends.

+ Crews will have a strict nationality requirement (passports?) as well as an interesting diversity requirement: each crew will need to include a minimum of two women and two men as well as two aged 22 or younger, and one aged 62 or older.  College sailors should be eligible through their senior year, and the total crew size will be 12.

+ Fleet racing and match racing finals will take place on the San Francisco city front for 2 weeks in July, when average afternoon (1300-1800) wind speed on the Bay is 13kts or more virtually 100% of the time (13-30kts). There will be no upper wind limit; lower wind limit of 5 knots or so, though stats say it ain’t gonna happen much, if at all.  “Hell or high water” is what we were told.

+An East Coast venue will likely come into play within the first couple of years, and our guess is an obvious one: Newport.  We can see Annapolis trying to regain some of the luster they’ve lost as one of America’s real sailing cities…other than that pesky problem with having breeze.

+The boats should cost somewhere between 2 and 3 million, and the campaign another 500k to 1M.

Several Italians are apparently quite keen; we’d hope to see Vincenzo and Patrizio back in the kind of racing they both enjoy.  Here’s an Italian take on it.

At the end of day one; “Intrepid” is in first place after three races.

Twelve meters are elegant yachts. It is practically impossible to photograph them poorly. I had a long relationship with the 12 meter class; having lofted and built “Courageous” and having sailed on “American Eagle”, Weatherly, “Easterner” and “Intrepid” in the sixties and seventies.

They are still eight knots boats and after the last America”s Cup we will never be satisfied with anything that does not foil and sails at less than thirty knots.

The are very pretty boats. They even sail well, but at 8 knots.

Like many mornings I started out with one idea and soon moved to another. Today blame Larry Suter. He made a post on Facebook that triggered other thoughts.

Newport is about to start the summer sailing season in ernest. The New York Yacht Club spring regatta starting tomorrow, the following friday is the start of the Bermuda Race. The America’s Cup World Tour will be starting when I return from Bermuda. then Tall Ships. On and on. Many discussions have debated whether or not the expected crowds will materialize for the America’s Cup. I guess we will know soon.

Every photograph has a story, a memory, a smile, a friendship connected to it.

The sailing season is far from over. The twelve meter north americans start on thursday here in Newport. The twelve meters are truly elegant . The international cup sailed in swan 42 just finished (17 nations and 22 boats). Level racing is wonderful and sensible, particularly on a closed course.

I am just as enthusiastic about diversity. Pushing the limits of possibility.New materials have allowed people to do things that could only be dreamed of previously.

Over the weekend the twelve meters raced in the water off Newport. Apart from the fact that these boats are part of my memories; I never get tired of seeing them sail. For more 12 meter images click HERE.

The Australians returned home with the America’s Cup as heros. The entire country was excited. It was a new game; the parameters of the necessary boats were now different. Heavy air boats were now necessary, very different than those that had been sailed in Newport for so many years. Dennis Connor created an unprecedented organization, five boats each an improvement on the previous. Dennis is rewarded with redemption; returning the Cup to the United States.
I had no more involvement with the cup than any other citizen. Deeply involved in building Lirakis Safety Harness,along with three children,  hardly having time to put my head up.
The twelve meter re-union will be held at Harbour Court September 16-19
It is Labor Day weekend. Hurricane Earl is a memory. What happened to Earl anyway? For one week I had updates from so many sources indicating that Newport was in the target zone. We had hardly any rain and more wind the day after the storm. 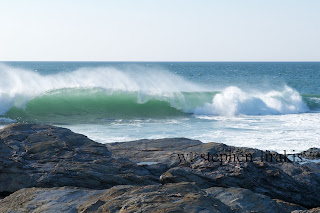 The Stamford-Vineyard race will not leave Long Island Sound, being a shortened course.