I love watching the Olympics. Ben Anslie is probably the best know name in sailing. He will be in San Francisco four days after he finishes in Weymouth; sailing for Oracle. So much for national pride.
For most of you the idea of sponsorship is an everyday thought. For me, the tiny reference about his coach sailing when there was no sponsorship and you had to make your way on your own resonates. I had qualified, but the idea of asking other people for help so I could go sailing was more than I dared to do. I could not afford to persue that path and had to move on. It is a different world. When I sailed in the America’s Cup it was amateur as well. As one friend said to me:” we were lucky to get a T shirt or a belt.” 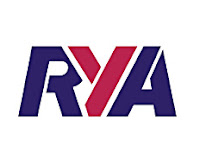 The RYA Tribunal met on 9 February 2012 to consider a report dated 14 December 2011 received pursuant to the Racing Rules of Sailing Rule 69.1(c) from the International Jury at the ISAF Sailing World Championships held in Perth in December 2011.

The Tribunal agreed with the decision of the International Jury that the behaviour of Mr Ben Ainslie amounted to a gross breach of good manners and conduct that brought the sport into disrepute.

Having considered all the evidence put before it, the Tribunal was satisfied that it would not be appropriate for the Tribunal to impose a penalty over and above that imposed by the International Jury at the event.

In reaching its decision the Tribunal acknowledged that the effect of the penalty imposed by the International Jury was to deny Mr Ainslie the possibility of taking part in the medal race for the event.
The Tribunal also recognised that there was an apparent lack of active management of media boats at this and previous events leading to repeated infringements of the provisions of the event media boat guidelines. In addition, formal rights of redress against official boats were not available to competitors.

The Tribunal noted that it had had an opportunity to view evidence that was not available to the International Jury during the hearing at the event.

The RYA, as the ISAF Member National Authority for Great Britain and Northern Ireland, has jurisdiction under Rule 69.2 to take action in response to reports made to it under Rule 69.1 relating to British sailors and the Council of the RYA has delegated its authority in such matters to the RYA Tribunal.

The Volvo Ocean Race is into it’s second day; Banque Populaire is pedal to the metal sailing. But these are the easy things to think about. What happened to Ben Anslie, touches life at a more profound level. It transcends sailing. In life, we all can think of events that completely exasperated us and made us feel like punching someone or screaming profanities.

I cannot excuse the press boat. They were wrong. But Ben’s reaction was wrong.

Ainslie’s progress was impeded by the boat on the final downwind leg of race nine of the World Championship series in Perth, and after the race finish he boarded the media boat to voice his unhappiness at the boat driver’s actions.

A jury hearing late on Saturday night found fault from both parties, but disqualified the Skandia Team GBR sailor from both of the day’s races for gross misconduct.  With the disqualifications not able to be discarded from his race series, Ainslie will end the regatta in 11th and will not feature in the final medal race on Sunday.

Stephen Park, RYA Olympic Manager:
Clearly this is a disappointing position for Ben and of course for the team.  It’s particularly disappointing bearing in mind that all parties that spoke at the hearing all effectively said exactly the same thing.  Everyone accepted that there was fault on both the side of the television production crew and indeed on Ben’s side.  Unfortunately because of the situation we were in, with the sport trying to move to better television images to appeal to that market, sometimes there’s a learning process to go through from a television perspective and sometimes there are implications and this is an example of one of those.

Both parties, the television side and Ben have both apologised to each other and as far they’re concerned we’re ready just to go back out and get on with our respective jobs tomorrow.It’s particularly disappointing that this Championship has effectively been determined in this way in the jury room rather than between sailors on the water. There have been various rumours in the media about Ben having ‘assaulted’ the driver of the boat.  As far as we’re concerned there wasn’t an assault which took place, and as far as the driver was concerned that was part of his statement to the jury so we’re pretty keen to put that to bed and recognised that that’s a bit of over exaggeration and sensationalism.

While we accept the penalty from the jury and do not condone Ben’s behaviour, i would hope, on the basis of the jury’s facts found, that it is recognised that lessons need to be learned both from the side of the International Sailing Federation as organising authority as well as the sailors.  At the moment the sport seems to be fumbling its way into trying to make the sport more appealing for television but surely there is a better way than trialling new race formats, rule regulations and specifically in this case media initiatives than trialling them at the World Championship which is arguably the most important event in the Olympic cycle outside of the Games themselves.

Ben Ainslie:
I overreacted to what I thought was a situation where I felt my performance was being severely hindered.  I’m very thankful that everyone involved has taken it how it was – as something which was blown out of proportion in terms of what actually happened.  We’ve all apologised to each other and are looking forward to moving on.

I’m obviously really disappointed with the decision.  Unfortunately it’s part and parcel of the sport trying to develop its area within TV and in a number of instances this week that line has been crossed and that’s something which everyone has to accept is a development.

I’m very sorry that the jury decided to react the way they did over something which really wasn’t as big as it was blown up to be.  It’s very disappointing that the Championship has been decided this way.  I’ve worked extremely hard over the last six weeks and have been training incredibly hard to get to this position in a venue which has been difficult for me with my size against the bigger sailors.  I feel like I’ve actually sailed one of the best regattas of my life so to be in this situation now is very disappointing but I certainly hope now that it’s one of the British boats on top of the podium if it can’t be me.

The rule 69 hearing which has resulted in Ben Anslie having been disqualified form two races in the Olympic regatta in Perth, may just be the pivotal moment in Ben’s life. See photos HERE.

The fact that rule 69 even exists is a sad statement about us. It is regrettably necessary. I again am aware of other similar stories. I have had my course impeded by a photographer’s boat, who justified his actions as the freedom to take pictures. This past September I was driving a boat for the film crew for Rolex, for a major regatta; where I positioned the boat as close to those racing as I could. I would like to think I never made them feel that the racers might need to alter course because of our boat.

This would not be any more exciting in monohulls.