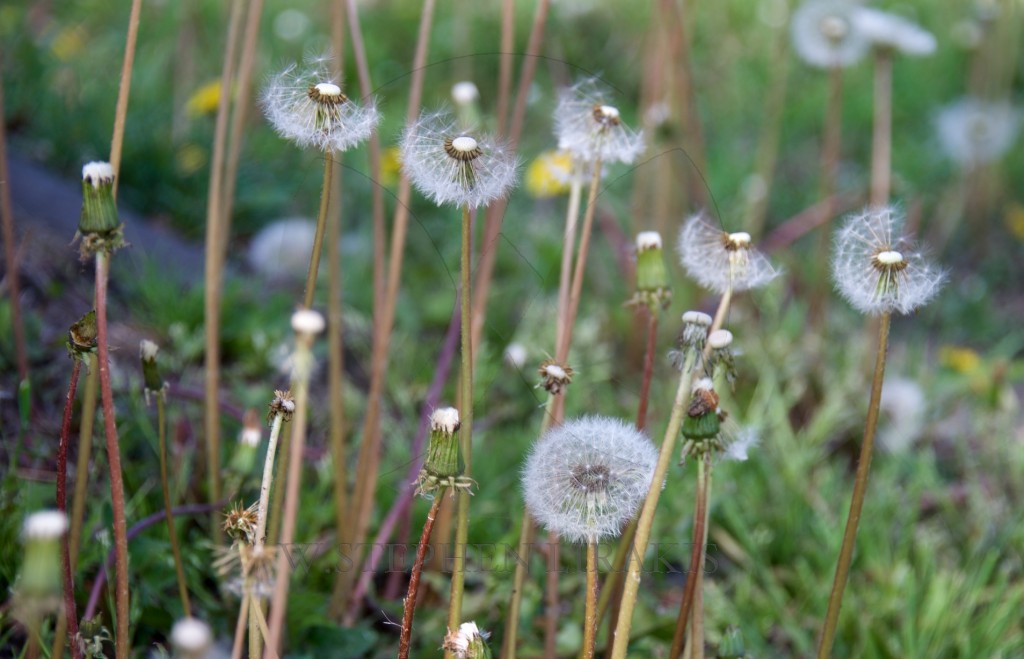 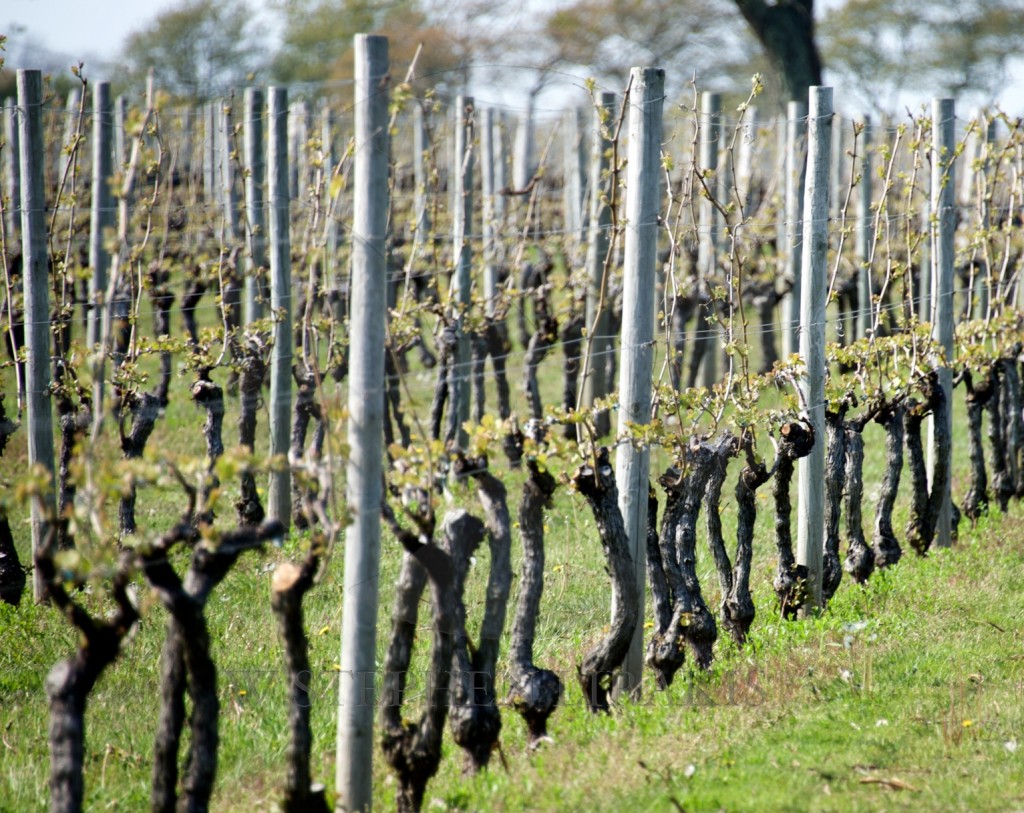 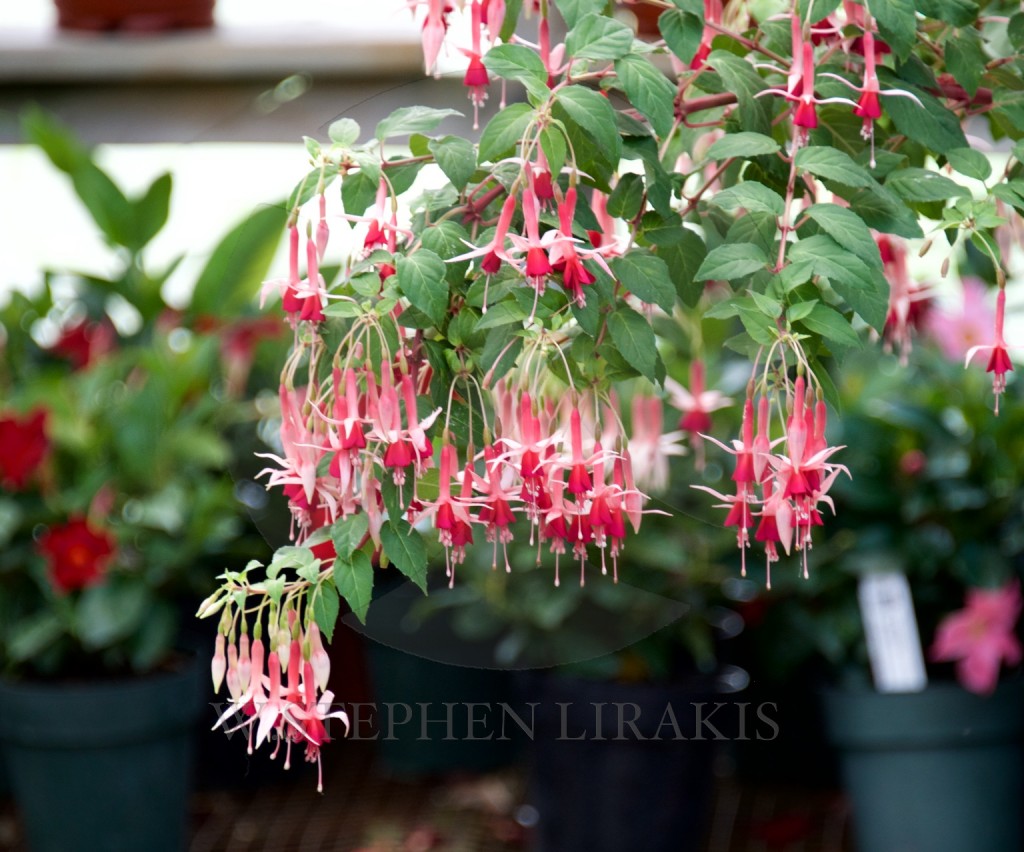 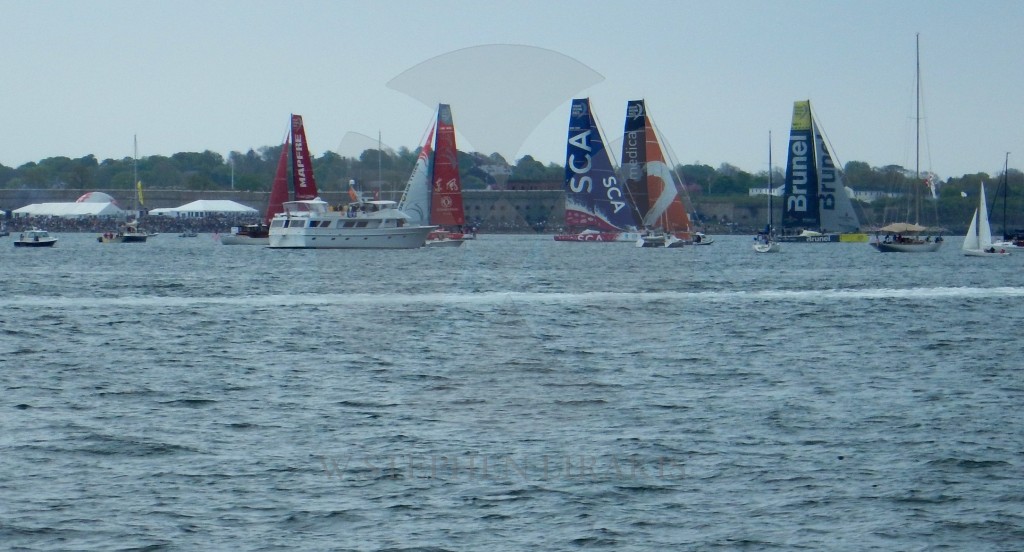 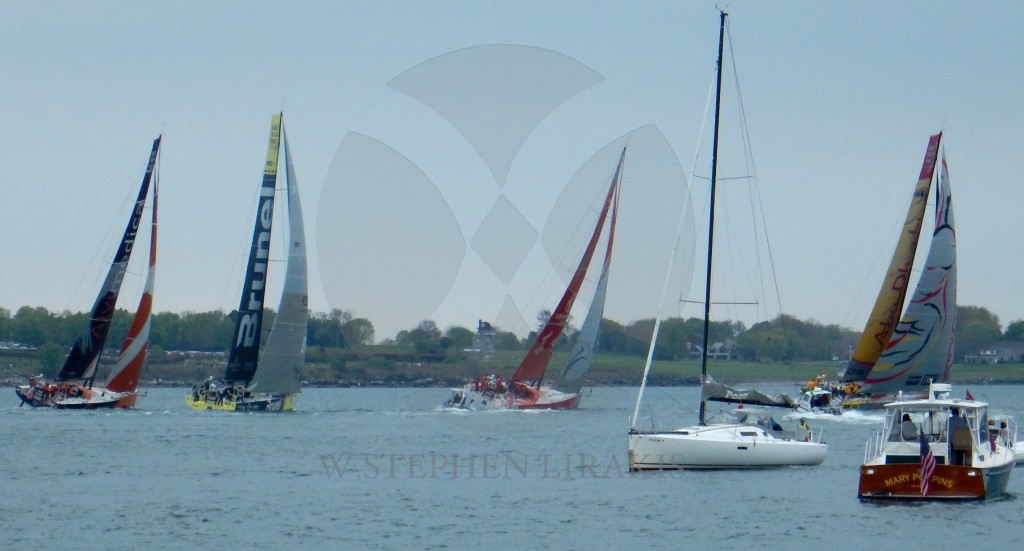 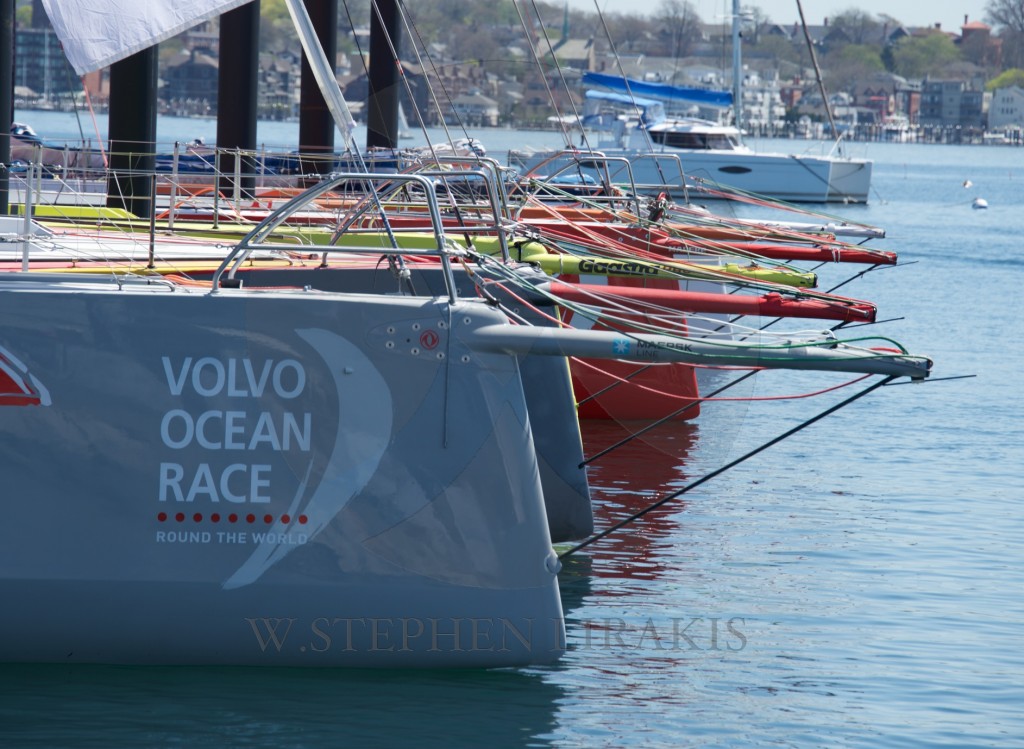 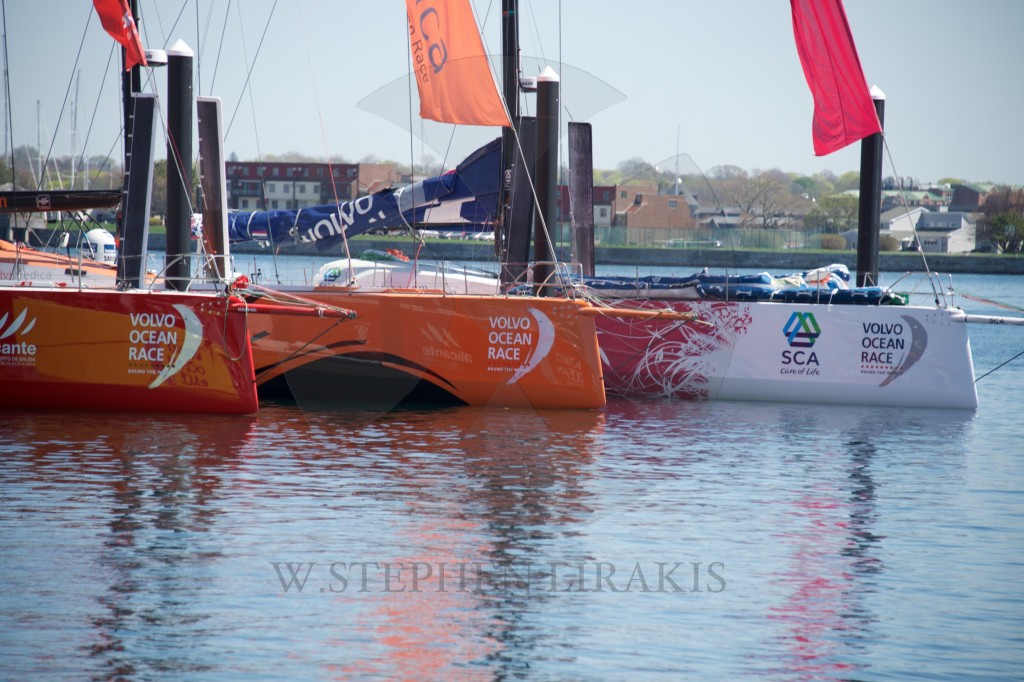 The finish was closer than the time between “Dongfeng” and Abi Daubi” . After 5000 miles of leg 6 of the Volvo Ocean Race;  200 yards separated these two boats at the finish off  Fort Adams.. The evening was perfect for the large crowd warm and clear with not much wind. 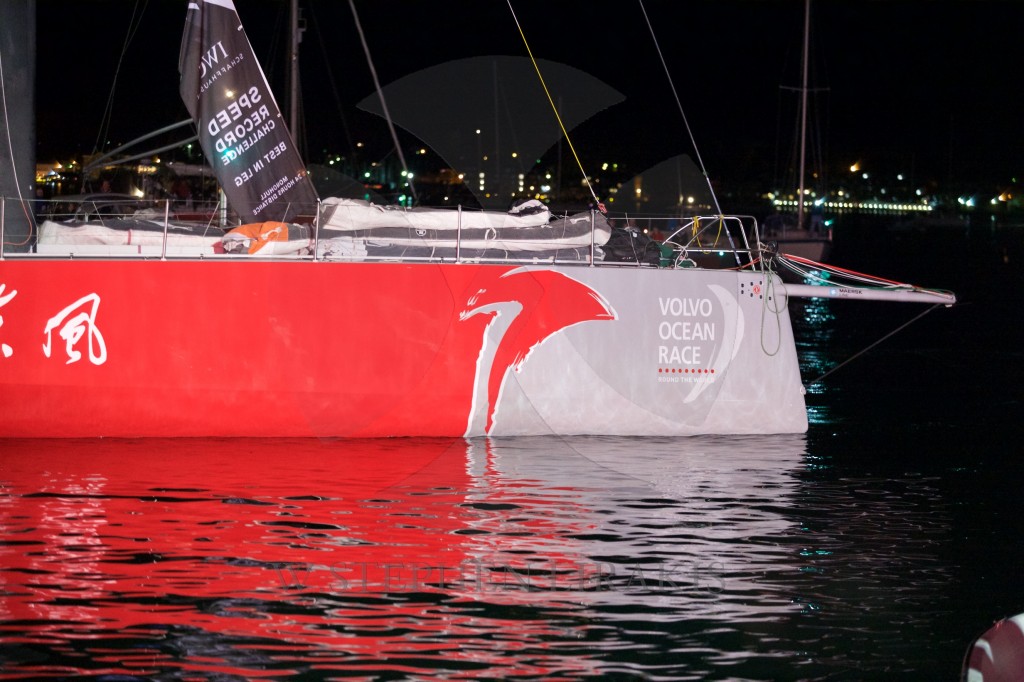 No Water Maker Is A Big Problem
Twenty-four hours into Leg 6 of the Volvo Ocean Race and Dongfeng Race Team suffered another set back. Not as immediately devastating as breaking the mast, but with potential serious consequences. Dongfeng OBR, Sam Greenfield, tweeted from the boat: “Broken water maker. No more fresh onboard. Thirsty crew. Bad.”

The VO65 is fitted with an electric water maker turning the salt water they are sailing through into drinkable water, as a back-up they have a manual one but the effort required to produce adequate supplies to not only to rehydrate but to prep the freeze-dried foot, is mind-boggling, a needless distraction from racing, but essential as our Boat Captain put it into perspective “The crew will need to pump approximately 8-9 hours a day to make enough water.”

“They know what the problem is,” said Neil Graham, Technical Director. (Watch video from onboard as Charles explains). “We’re waiting for confirmation form the boat but Kevin should have attempted a repair on the Membrane Pressure Vessel. The plan was to apply some glue and then wrap the end of the vessel, where the leak is, in carbon fibre laminate, to seal it.” We’re hoping our Mr Fixit, Kevin Escoffier, can work his magic once again.

In the meantime, the determined men on board have to keep pumping.

“Nico’s out over the other side of the reef now, giving it the once over, making sure there’s nothing left behind.”The Aussie voice crackling through the Inmarsat iSat phone is that of Team Vestas Wind shore manager, Neil ‘Coxy’ Cox.

“I’m sitting here and the sun has just disappeared on the horizon,” it continues.

“And the ship that we’ve just loaded on to is probably about seven or eight miles away from us now.” Incredibly, the Team Vestas Wind boat is off the rocks – damaged – but in one piece.

Not bad for a boat which ran into the reef in St Brandon at 19 knots (35kph) and ended up grounded, high and not very dry, just over three weeks ago.

You can almost feel the trademark Coxy grin down the line as he recounts the events of a momentous few days’ work.

“We were able to get the boat across the lagoon this morning on the high tides, and it went well enough that we could pull it straight out of the lagoon,” he adds.

“Then, we were able to bring a Maersk ship in, not even a mile away from where we were – it showed up at about 2pm this afternoon.”

“We loaded the boat at about 5pm tonight.”

Three hours, 180 minutes. It seems like a pretty short amount of time – but it was a tense few moments for Neil, skipper Chris Nicholson (Nico), and the local workers.

“We spent the last three days getting this boat off this reef – it was beyond delicate,” Coxy admits.

“We have a pretty well-rehearsed method of picking these boats up – but everything that we would normally just set ourselves up for, we had to think about it, look if it was okay, and then acknowledge that certain things just weren’t.

“We had to bounce slightly and re-invent the wheel, we just needed to be very careful and just make sure that we finished the job swiftly.”

It was a job which was always going to be fraught with difficulty – but even more so after three days of working around the clock to clear the area and ensure the structural integrity of the boat.

“We’ve been really lucky that from the minute the incident happened, we’ve developed a relationship with the guys who actually live on the island here,” he says.

“We’ve employed the workforce that already exists out here, and without it we couldn’t have done the job, full stop. There’s probably a work force of 10 guys.” “They’ve been standing knee deep in water with waves hitting them all day, they’ve been carrying oxygen bottles for us to be able to cut the keel off, they’ve been helping us re-anchor the boat otherwise things would start moving across the reef.

Pure relief flavours his words. This is a major step, complete. And it’s been an incredibly charged emotional rollercoaster for the pair of old friends, Coxy and Nico.

“I think when we initially motored back out there a couple of days ago, there were butterflies in the tummy. For me it was going into the unknown.

“Fortunately you’re so involved in this that your mindset is on really wanting to get this done, and do it right. We came here hoping to be able to get the boat off the reef and hopefully be able to bring the boat back, so that nervousness kind of subsided with focus.”

The next step? “Well, it’s now a 28 hour motor to get back to Mauritius,” says Coxy. From there, they’ll transport the boat to Malaysia and then to a destination yet to be confirmed in Europe.

“We’re just getting everything tidied up tonight and leave probably about 3am in the morning.”

And what about looking a little further ahead? Well, Coxy is still cautious – but hopeful.

“A week ago the light at the end of the tunnel was getting smaller and smaller, but what we’ve been able to retrieve off the reef is substantial.” He pauses. “I’m not going to say it’s great by any means, but it’s the first stepping stone, and it’s enough to shine a light and to work hard to put things back into place. “