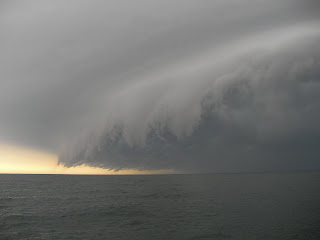 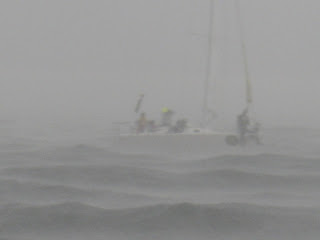 Racing a J-105 during the New York Yacht Club race week, the weather was mostly uneventful, however, on sunday a big black cloud appeared over Pt. Judith, the race committee started a race anyway. we had 50 knots shortly after that. we were all a little busy at the time. this photo taken sfter the race was cancelled sets the tone of the moment.