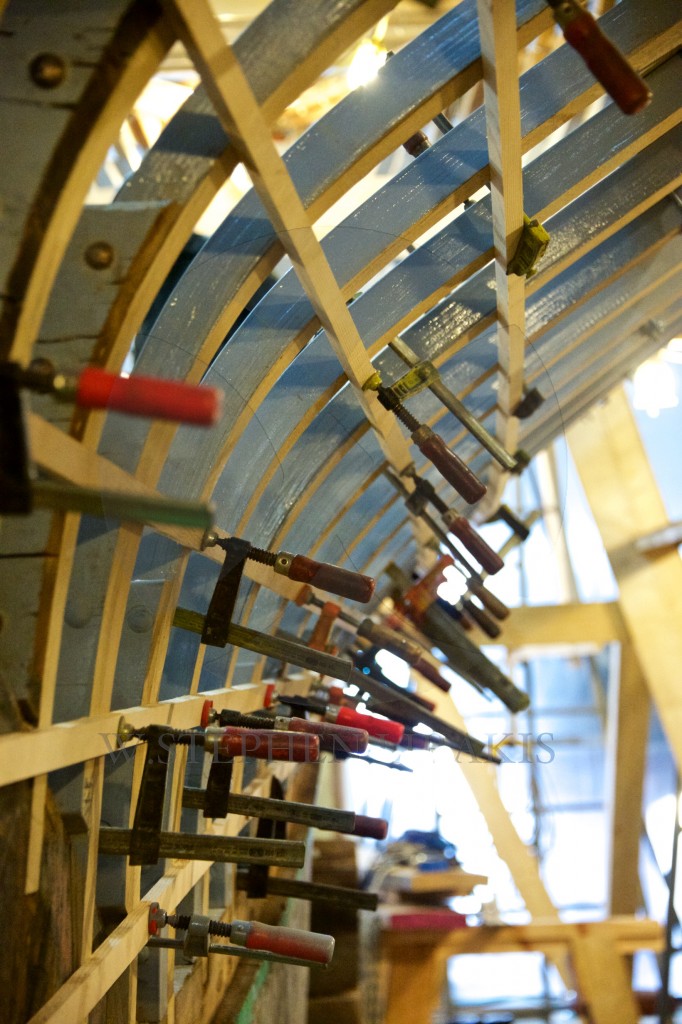 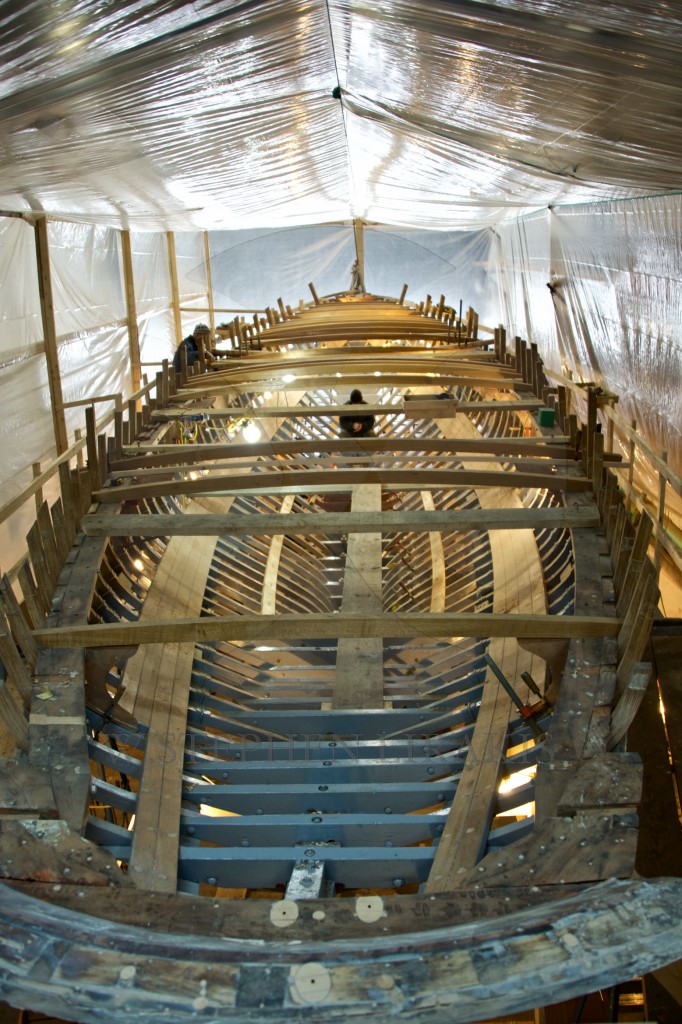 ‘Bogie’s Boat’ to be restored

A crew of about eight to 15 craftsmen will spend the next 18 months restoring the Santana, above and right, a 1935 Sparkman & Stephens schooner.

By James A. Johnson | The Newport Daily News | 0 comments

PORTSMOUTH — A 55-foot schooner known affectionately as “Bogie’s Boat” after its former owner, the late movie star Humphrey Bogart, arrived recently in Melville for a complete refit and restoration.

The yacht built in 1935 arrived at Loughborough Marine Interests LLC about three weeks ago after being hauled by truck in a custom-built cradle from San Francisco.

“We will be embarking on a huge refit and restoration of the yacht starting next month,” said Joseph Loughborough, owner of the company. “We basically have to take the boat apart and rebuild it stick by stick.”

Getting the contract for the restoration of the yacht, which Bogart named Santana, is very exciting because it is so historically significant, Loughborough said.

The owners of the boat surveyed it in California to find faults but they missed a lot of things that need replacing, he said.

“We have done a couple of her sister ships so we have a pretty good idea where to look a little harder,” he said.

He estimated the refit and restoration would take 18 months with crew of eight or 10 workers or even 15 experienced workers in some instances. The work is likely to cost about $1.5 million.

“She is going to be gorgeous but there is a lot of work to do,” Loughborough said of the Santana. “I mean really a lot of work.”

Much of the significant history of the yacht is connected to the period from 1945 to 1957 when Bogart owned and sailed it. Although his love affair with Lauren Bacall is legendary, his son Stephen said Santana was really his father’s great love affair.

“Apparently Lauren Bacall wasn’t very fond of the boat,” Loughborough said. “This was the boys’ boat.”

That assessment is confirmed by a quote often attributed to Bogart: “The trouble with having dames on board is you can’t pee over the side.”

He is said to have spent 35 to 45 weekends a year aboard Santana and frequently raced the yacht.

Since Bogart’s death in 1957, the Santana has changed hands many times. It has been featured in articles in Cruising World in 2005 and Sports Illustrated in 1981.

Until last year, it was owned by Paul Kaplan, part owner of one of the largest boatyards in San Francisco Bay.

Kaplan sold it in October to a group with connections to Nantucket, Mass. The group had it hauled to Melville for restoration. Loughborough said the group wants to remain anonymous.

“These guys say they are not going to do much racing, but as soon as it’s done they will be racing,” he predicted.

They are from California and intend to bring the yacht back to the West Coast, he said.

This is not the first time the Santana has been in Rhode Island.

The Santana sailed in the 1938 Newport to Bermuda Race and won the schooner trophy. It returned 30 years later, but had less success.

Loughborough said his previous experience refitting two other yachts built by yacht designer Sparkman & Stephens helped him win the contract for the Santana.

A growing talent pool in the Newport area also helped.

“If someone was going to rebuild a wooden boat 20 or 25 years ago, everyone would say, ‘Go to Maine,’” Loughborough said. “I have been here since 1986 and the whole classic boat movement has kind of generated a talent pool on this island and it’s just getting better and better.”

He cited the graduates of the International Yacht Restoration School in Newport as a factor in the development of that pool.

Loughborough pointed out some of the work that will be needed to restore the Santana. The teak deck and mahogany furniture are worn. Teak stands up better than mahogany, he said, so he might use it to replace the mahogany. Stainless steel pieces on the yacht will be replaced with brass as was originally used. The new owners want it to be as original as possible, he said.

They may even replace the refrigerator on board with an ice box.

“We will remove every other plank so we can see the framing,” he said. “Anything that is preservable on the original boat we will preserve.”