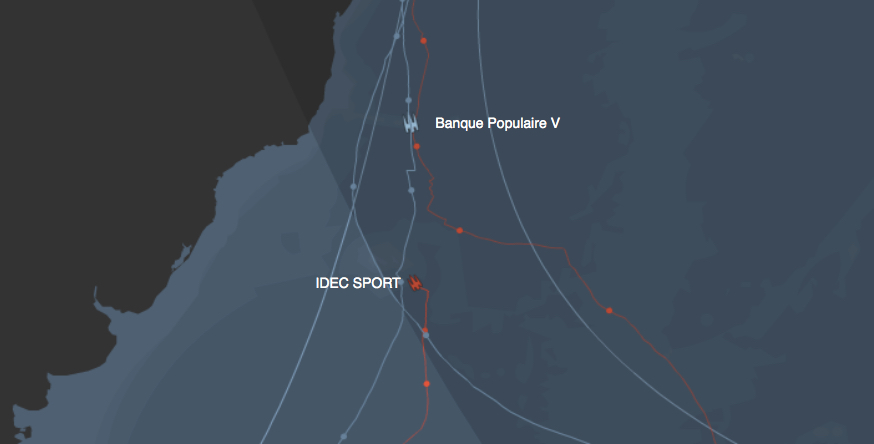 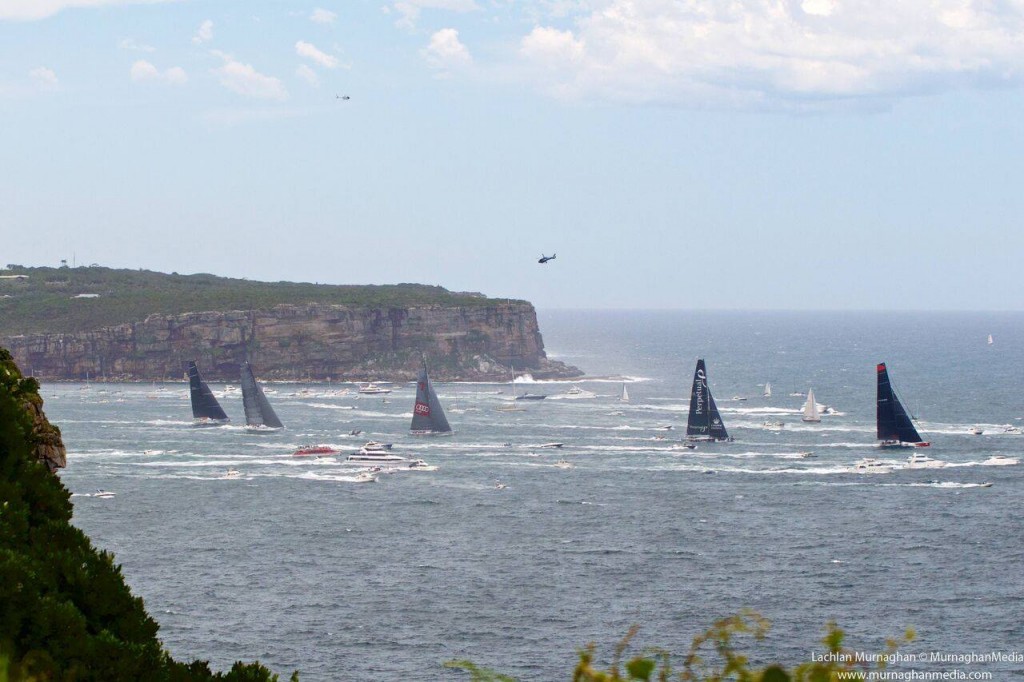 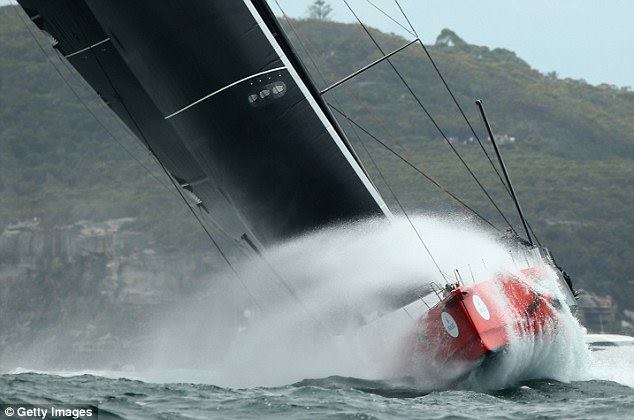 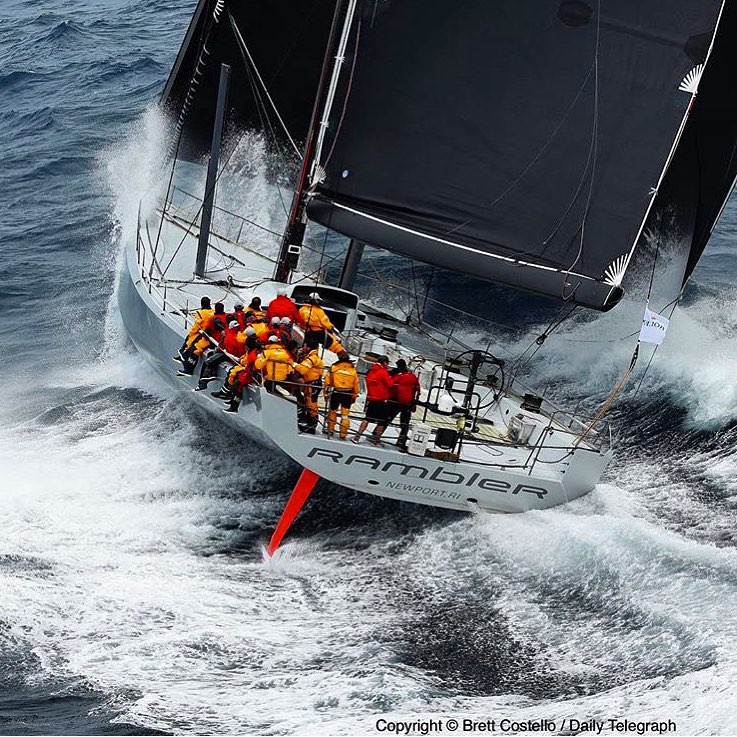 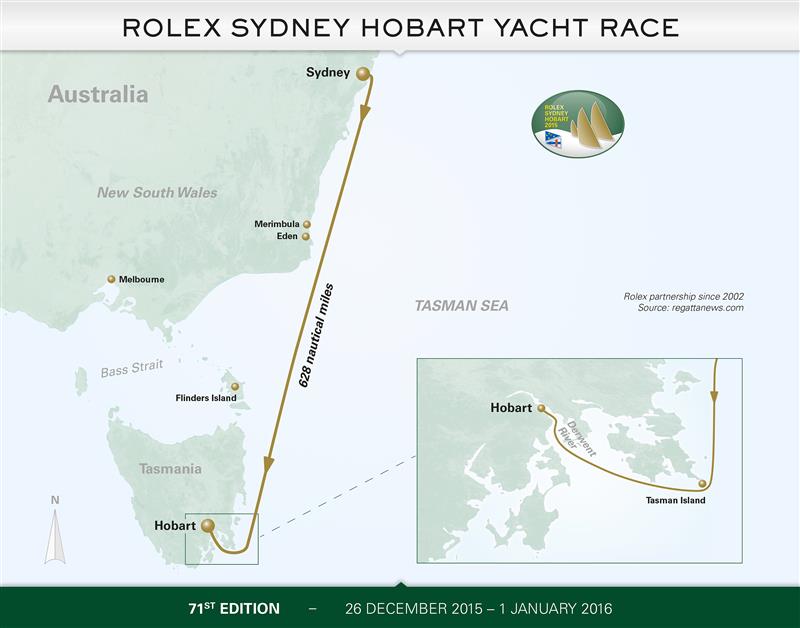 the delivery of Comanche to the ship which will deliver her to Sydney for the start of the Sydney-Hobart race in December.

“Comanche” designed by Van Petehem Lauriot Prevost for Jim Clark and Skippered by Ken Read will change the way  we look at racing sailboats. Just as Speedboat was a big step, this boat takes us way beyond anything that exists.