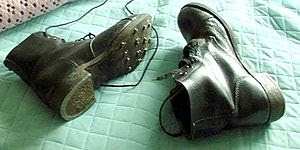 After arriving in Ireland at the finish of the Trans-atlantic race; I was informed that I was included on the list of invited to all the events in Cowes; which meant that I would need a dinner jacket and other appropriate clothes.

On the first saturday after our arrival in Cork I went to the flea market. There I found A pair of Hobnail Boots, perfect for black shoes. Once we arrived in England we hauled out immediately at Camper & Nicholson’s Yard in Gosport; once the boat was secure, I took the train to London buying a very nice double breasted, double vented blazer, which I still own. After the Channel race we moved “Carina” to Souter’s Yard in Cowes. After racing one afternoon I shopped for a pair of black trousers, so ugly that they were really a one time use. My tie was a piece of ribbon(red, white and blue) that had decorated a bottle of wine that was used to celebrate the 4th of July during the race.
I did attend the Royal London Yacht Club Ball, sharing a table with Sir Alec Rose, who raced “Lively Lady” single-handed a number of times across the atlantic. 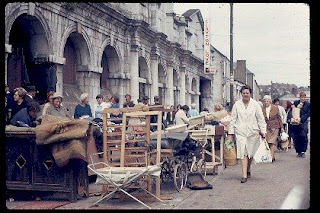 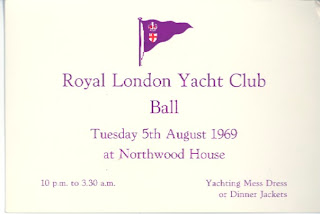 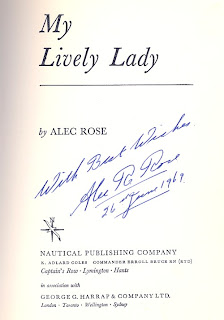