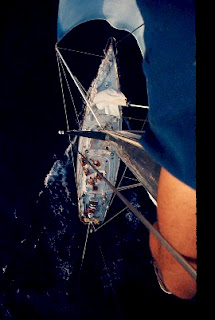 I unexpectedly received at Christmas a copy of Ed du Moulin’s book “My Life”. During the Jubilee in 2001 at Cowes Ed came aboard “Columbia” the 12 meter along with Jim Hardy and presented me with a copy of his book ” The America’s Cup and Me”.

I am a big fan of autobiographies.I have already read the book cover to cover; finding so many familiar names entwined in the stories found there.
I raced to Spain with Rich in 1972 aboard “Charisma” belonging to Jesse Philips. I found the stories that Rich would have told his father in the book. I look back at these events fondly, and have only the best memories of all the crew.
Jesse was in the process of divorcing his wife of 27 years. He spent so much time on the SSB that he would run the batteries down. We told Jesse that he had to be careful. His response was that Huey Long on “Ondine” seemed to have no problem , why was it that he did?
Copies of these books are available by contacting the Herreshoff Marine Museum in Bristol Rhode Island. 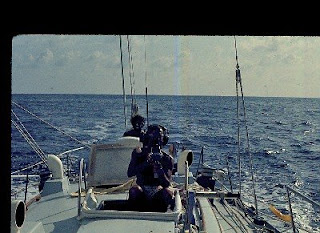 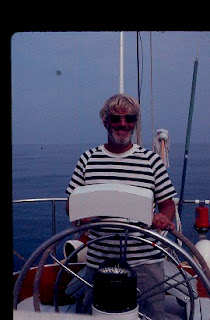 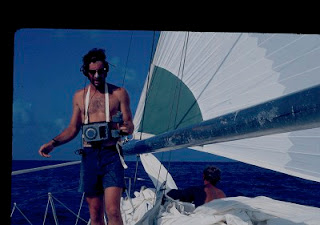