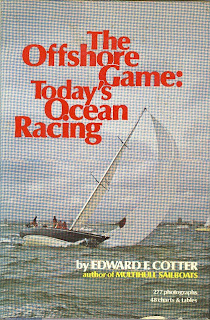 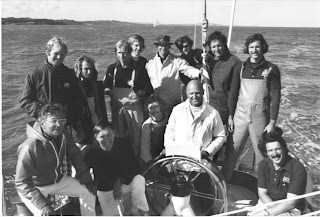 sometimes it is difficult to find a header that covers the events. 1973 was such a year. I sailed all the spring Long Island Sound races on “Charisma” She then left for England,

I then sailed the Annapolis to Newport race with Ted Turner aboard “Lightnin” probably the last one tonner designed by S&S,  we built it at Minneford’s in City Island. Peter Bowker navigated and cooked.  Rounding out the crew were Ted’s regulars; Richie Boyd, Bunky Helfrich, Max O’Meara . We won our class by a full day, beating many larger boats, boat for boat.Ted took the boat to England to Compete in the Admiral’s cup as well having to find ways to increase her rating to meet the minimum for the series.
I then re-joined “Charisma” who was also part of the American  Admiral’s cup Team, along with “Salty Goose” belonging to Bob Derecktor. In those days the admiral’s cup(three boat teams from one country) was sailed as part of Cowes Week, which meant that you started in your respective class of race week. and were scored both ways. The Channel race, in those days started in Southend, near Portsmouth, usually 220 miles, followed by the day races of cowes week and ending with the Fastnet Race (605 miles) Incidentlt, the cover photo is “Charisma” at the start of the Channel Race.
Bill Ficker skippered the boat, John Marshall was aboard( you want john with you) The real drama of the race was our finish. Anchored within 100 yards, alongside our sistership from Brazil “Saga”. It was a race to see who could get their anchor up first. “Saga” won and we finished second. 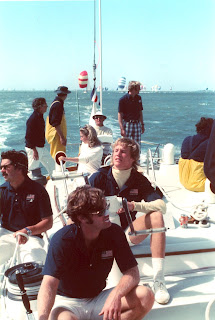