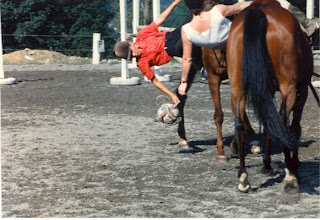 It became an annual event The “Americans” verses the “French”. Before we left the Pyrenees at the end of the summer there would be a championship game. Our team comprised of my children, myself, and Michel riviere d’arc, who while a true frenchman ( directly descended from Joan of Arc) rounded out the number of our team. Our opponents, rode everyday and competed regularly, and were not about to lose to a pickup team of children and old men. The game was rough with aggressive play. I received a horses head in the jaw; and more than once someone tried to rub me off my horse while dipping for the ball.

Horseball is know as the poor man’s polo. the stirrups are tied together under the horses belly. the reins are knotted. and a soccer ball with six handles is the object of your desire. You must pass the ball between teammates, before attempting to score through a hoop much like that in basketball. Naturally the opposing team tries in any any possible to prevent that from happening.
At the end of the match we all have dinner together. 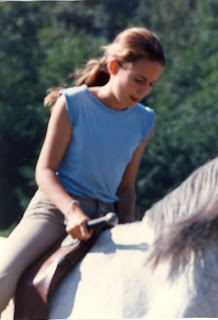 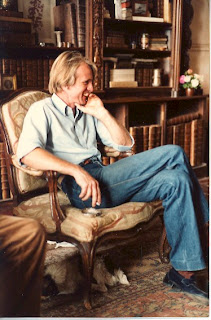