I expect everyone of a certain age remembers where they were when the news was announced of the assassination of President Kennedy. Saint Georges’ School had just been let out for Thanksgiving vacation. I was hitchhiking into Newport along Memorial Boulevard. A step van stopped to pick me up and told me the news. I wasn’t certain whether or not to believe him and initially dismissed the thought.

It took me a long time to absorb the idea that an assassination of an American President could actually happen. I believe the loss of that kind of security is what people really mean when they refer to the loss of innocence. It could never happen here. It certainly spoiled my Thanksgiving holiday.

I have posted before about Steve Moore, aka “Wonder Boy”. When I was in school at St. George’s, Steve was unbeatable.  I saw him infrequently after that. And then perhaps three years ago I was invited to sail on “Laura-Ann” by Rich DuMoulin. Arriving in Block Island I discovered that the crew was made up of many old acquaintances; Steve being one of them. Someone had pasted “AARP” on the transom. This was a case of old dogs teaching new tricks.

I am saddened to hear of Steve’s passing.

EIGHT BELLS
Stephen W. Moore died in a hospice on October 22nd, 2012 – 4 days after his
66th birthday.  In his junior days, Steve was the outstanding junior sailor
on Long Island Sound, winning the Clinton M. Bell Trophy three times, with
crew Peter Rugg. Thereafter, as Long Island Sound sailors know so well, he
became a top notch helmsman and navigator on boats large and small, from
his IC dinghy to many an ocean racing boat. During his sailmaking career,
Steve worked for Hard Sails, North Sails and UK.

Through the 35 years of our Carter 39 Blaze and then our Express 37 Lora
Ann, Steve was our tactician.  Always grumbling at anyone within earshot,
Steve pushed us all hard.  He had a great sense of humor and an uncanny
ability to write humorous songs (“du Moulin the Long Island Pervert ”
probably the most famous) and New Years Frostbite Regatta Awards (for
skulling, capsizing, getting stuck in the mud, ramming your old man, etc).

Ten years ago Steve had triple bypass the same year he was diagnosed with
diabetes.  That spring he could only get around with a two-wheeled
“walker.”  We invited Steve to join our house at Block Island Race Week
with the understanding he would stay ashore for festivities but not sail.

As we prepared to depart Payne’s Dock for the first race, Steve came
“rolling” down Payne’s, sat on the edge of the dock and slid aboard.  He
hung the walker over the stern pulpit and proceeded to wrap himself around
the backstay daring anyone to put him ashore.  He resumed his tactician
role and led Lora Ann to a class win at Race Week, with the walker hanging
over the stern.  Some bright competitor placed a “Team AARP” sticker on the
transom where it still resides.

In December there will be a service at Manhasset Bay Yacht Club for Steve. 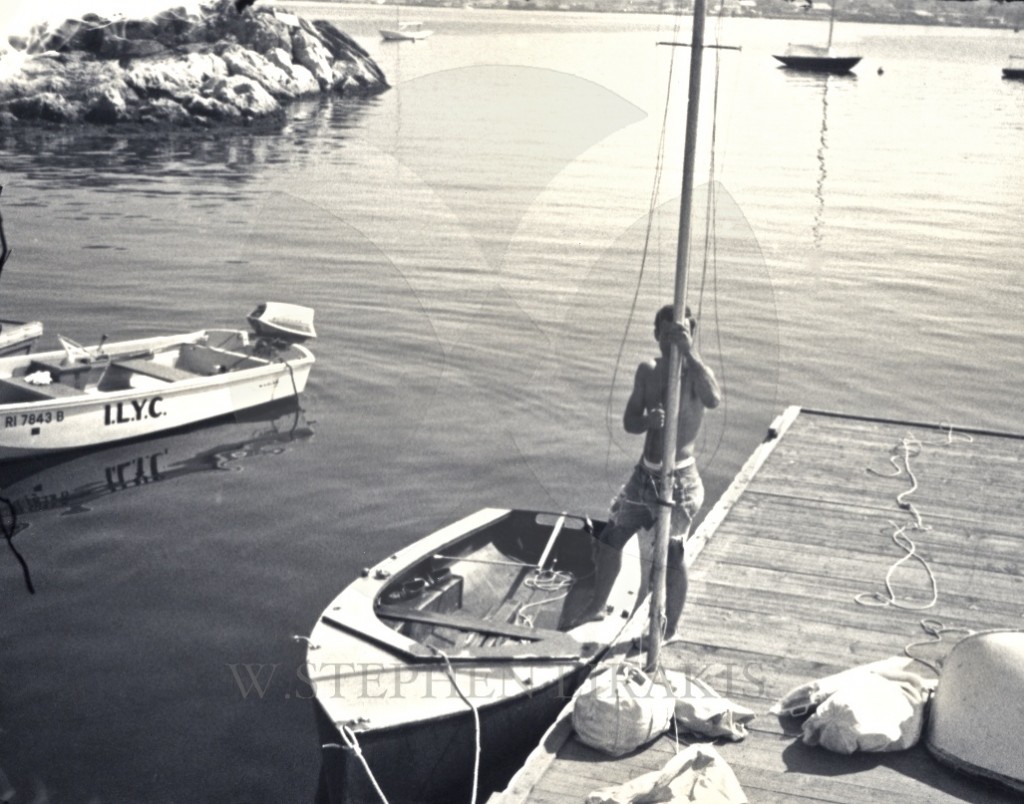 I could not miss this opportunity to write about these hot moulded boats. Above is a photo of my Firefly built in 1948 by Fairey Marine in Hamble, UK. I had visited Fairey Marine many years later in the early 70’s. They still had the autoclaves originally used to build these boats. Some of you may be aware the Wilson Trophy is sailed in fireflies.

The following link shows how these boats were built. Click Here. Another proof of how wonderful the digital age is.

I went to the St. George’s rink today to watch the alumni hockey game. (I last played 20 years ago when I broke my hand and required stitches over my eye for my efforts.)I went really to meet up with Peter French with whom I played hockey at SG; and had not seen since. 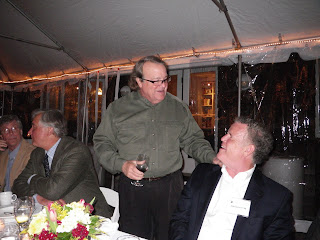 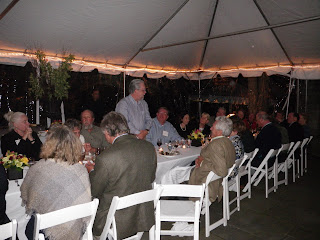 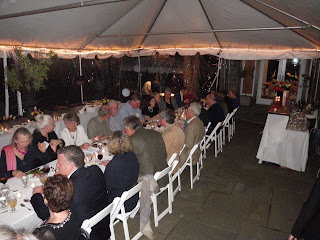 Friday evening was my 45th class re-union. I attended St. George’s School. Suddenly I wonder where the time went. It is the second re-union I have ever attended and I never really took the time to look back. Amazingly I was able to recognize everyone and recall their names. I had a very nice time listening to the life story of those I was able to speak with. As you all know everyone has a story.
This evening was made possible by Jim Gubelmann, classmate, shipmate, friend. who with his wife hosted a dinner for us at his house. I call Jimmy “The glue that binds” He always finds a way to bring people together.
The re-union continues this weekend, however, this was my only event, I am shortly off to attend Lee Chesneau’s weather course. I have been waiting for several years for him to give this course in my area. 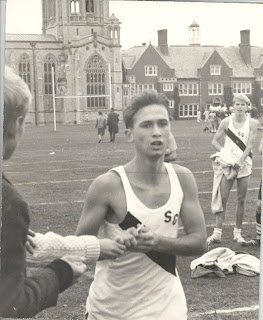 For me, running was an acquired taste. I think it was the idea of mental determination that I found intriguing. It is something that is learned. I kept running until I was nearly 40. In college I was running nearly 10 miles a day; part of my regimen in preparation for sailing. Along with lifting weights, it served me well. Today I just cannot find the interest.

What strikes me most finding these photographs is how young I look. I really don’t remember ever being this young. 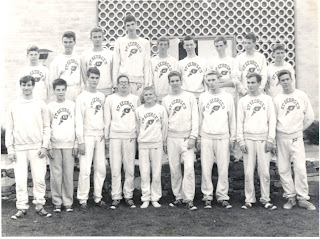 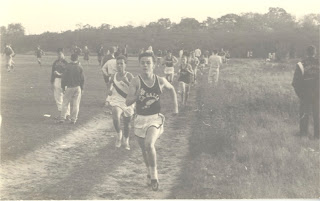