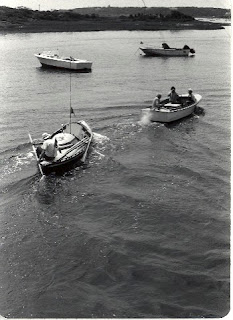 In the summer of 1979, I believe, my wife opened the door to find a frenchman, Gerard d’Aboville. Parked in the street, on a trailer, was his unfinished boat. He had just retrieved the boat from the docks of New York. His first stop was our house as my wife’s family were friends of his family and we were the only contact he had in America.

He explained who he was and was welcomed into the house. My wife,Bernadette, to whom this story really belongs, not yet realizing there was a boat in front of the house, asked why he had come to Newport. Gerard explained that he intended to cross the Atlantic. My wife stated she was not impressed, as the number of people who had or were about to cross the atlantic, that had passed our threshold was not so unusual. Gerard then explained that he intended to row and the boat was outside.
At this point, Bernadette was ready to show Gerard the door, expressing that he must be completely crazy.
We found Gerard, who was being joined by his three brothers to help finish and prepare the boat for the voyage, a place to complete the boat “Captaine Cooke”. Gerard set off from Cape Cod in September of that year and successfully completed his crossing.
A few years later, Gerard crossed the Pacific. 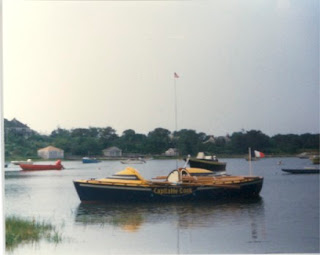 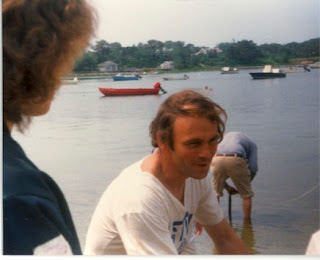