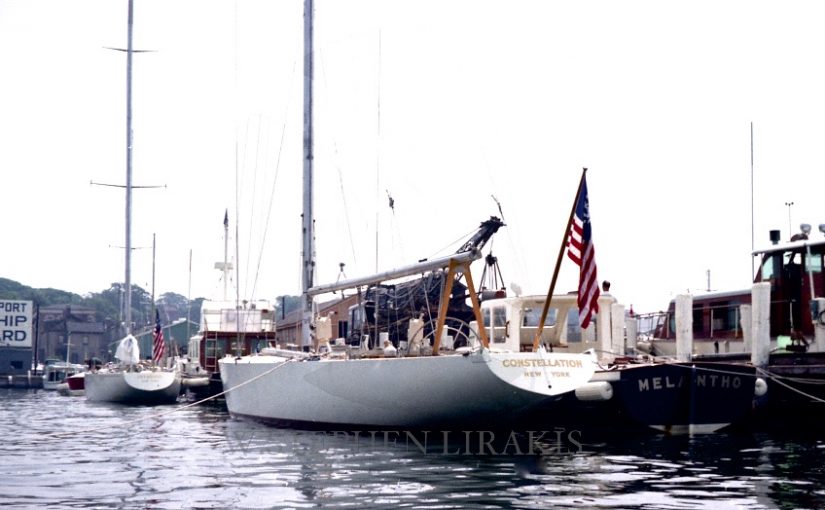 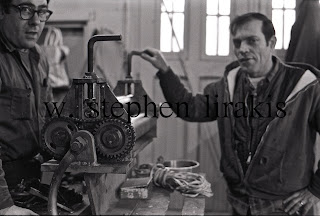 Here is where the 12 meter story becomes more personal for me. 1972 Bermuda race, Transatlantic race to Spain, delivery to Sardinia aboard “Charisma”. November I sailed the first Windsurfer Championships in Mission Bay San Diego, a week later back on “Charisma” in Rio de Janeiro for the first Rio Circuit, upon return I picked up and moved to City Island and started work at Minneford’s for Chuck Sadler. 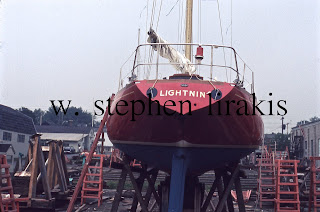 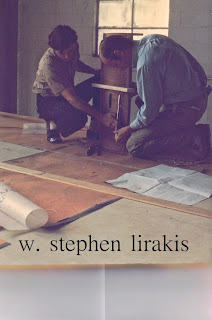 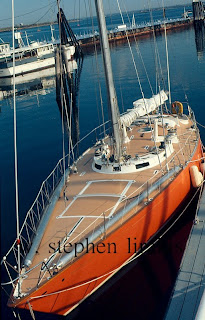 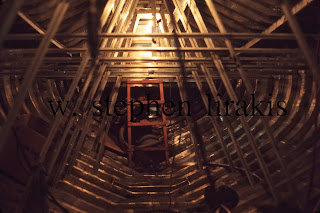 “Lightin’ ” was perhaps the last one tonner from Sparkman & Stephens, was complete, “Namis” a Gary Mull design, was well underway. I started lofting “Sorcery” a 56 foot sloop from S&S with Jay Selden, who coincidently had been at St. George’s with me. During this time Phil Rhodes, now retired, but had boats in his blood, started coming by and bringing me “homework” which he would correct the following visit. It is now 1973. We as a group are taking design courses at Long Island University. 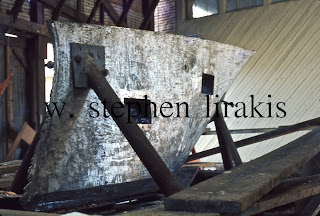 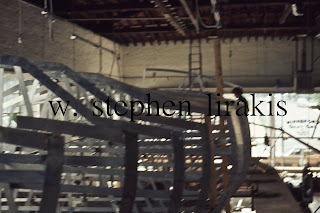 I sail the Annapolis Newport race on “Lightin” with Ted Turner and most of the crew who had been with him for some time and would be aboard “Courageous” in 1977; but we are not there yet.
I get married after the Admiral’s Cup on “Charisma”, we finish second to “Saga” the sistership of ” Charisma” in the Fastnet Race; it is August of 1973.  We all feel that Minneford’s will get to build the next S&S twelve meter, and it will be the first aluminum twelve meter ever.
We are again taking a course as a group, this time at Stevens Institute, a tank testing course, taught be Peter DeSaix.  He is excited about the results from Brit Chance’s design. Remember the as yet to be named “Courageous” is being towed at Stevens as well.
Brit Chance might never have continued on the path he started, had not the results encouraged him. Hindsight would show that the data had been mis-read/mis-interpreted. I will note the “Mariner” was being built at  Derecktor’s in Mamaroneck and I am pretty certain certain from each yard had seen what the other was building when the designs were on the loft floor.
The Fall Series in Annapolis,”Charisma”, skippered by Bill Ficker, would serve as the tryout platform for potential crew for the 12 meter we are building. We are not sailing on “Charisma” we are all pushed over to “Yankee Girl” the sistership to “Charisma”. We beat them for the series.
We built a mock up of a preliminary deck layout which we could heel, for Bill and his crew, who came to try it. An oil crisis would derail this Syndicate, who to their credit, felt that they could not in good conscience go forward with a 12 meter when the rest of the people in the United States were waiting in line for gasoline. This decision was based on the fact that the budget for fuel for the 4 months of tender for the boat was $50,000.00
Olin Stephens asks us to continue building and he will find a new syndicate. There would be no second-in-row for Bill Ficker.
This is the first aluminum twelve meter ever. LLoyd’s of London has been the guardian of the twelve meter rule and the scantlings or material standards for nearly 100 years. In addition to lofting “Courageous” my job was to co-ordinate with the representative from LLoyd’s as to our proposed ideas for building. He came once a week and would return with a yea or nay.
One day before we finished the lofting, Olin brought a guest, the man who had lofted “Constellation” and “Intrepid”;now elderly and could not see well, but he put his hands on the lines and gave them his blessing.