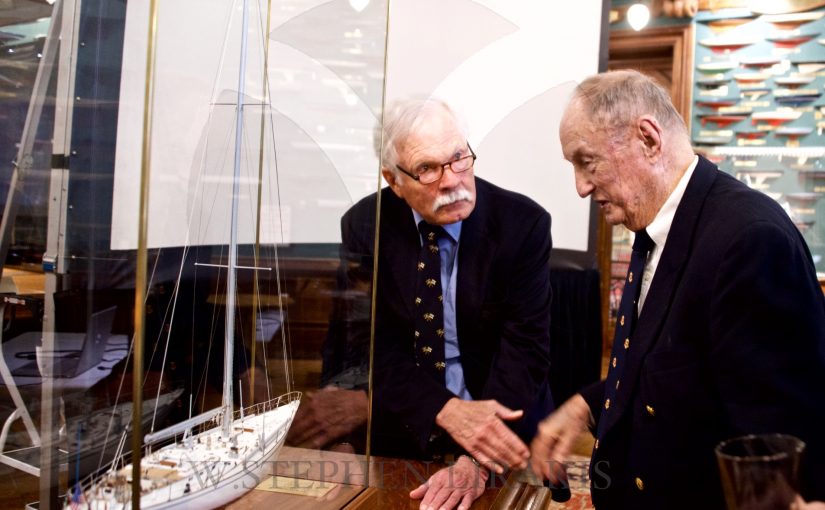 Sail1Design welcomes your thoughts in our forum at the bottom of this article. Enjoy.

Earlier this winter, coaches from all over ICSA met in Utah to discuss the new year of college sailing. What resulted was a number of changes in the rules and regulations that apply to all the teams and events within ICSA, and it seems this year was the year of rather progressive and drastic changes. It is clear by the tenor of some of these changes that college sailing seems to be going the route of the NCAA, with stricter time restraints and even rules regarding sailor eligibility. This shift is admittedly extremely gradual, and will inevitably have its perks and downsides, but the most important thing for this season is adjusting to the rules that will apply right now. This article, therefore, is a response from me and others involved in college sailing to the most dramatic changes in the 2014 seasons.

The rule change that stood out to me the most at first is the new policy in which there will be a 10-race limit per day in college regattas. This means that after both divisions have sailed 10 races, no more races may be sailed on Saturday. By nature Sundays often have much fewer races because of the “no sail after” time, which is now 3 pm for most events. At first, this new rule seems like a bit of a hindrance. After all, the ultimate goal of any regatta is to get as many races as there are teams, because the more races there are the fairer the results become. But, upon further consideration, I think that this rule will provide a lot of benefits to sailors in certain venues. Everyone has sailed that regatta: 2 fleets of boats so breaks are minimized, or maybe even rotations on the water so you never get a break. When they do bring you in for “lunch”, you have just about enough time to viciously struggle out of your dry-suit and dash to the bathroom before they are calling for your division to get back on the water, where you will likely keep sailing until after sunset. These regattas, while noteworthy because they usually accomplish the desired number of races, often leave the sailors fatigued and dazed beyond recall. Your coach will ask you about an instance in the race and you find yourself drawing a blank because the entire day has blended into an endless loop of a W-4. With a 10- race limit, timing becomes more relaxed. If the sailors need a 30-minute break for lunch because the conditions are particularly brutal, they can take it because the race committee is only trying for 10 races, not 16. Also, this rule means that Saturdays will likely end earlier, giving college sailors (who are also college students) time to unwind and do work before they have to get up in the morning and sail all day again. This is particularly important for venues like Navy, which hold big inter-conference regattas that require most teams to travel far from home by van or even plane. These events absorb entire weekends, so having the spare time that the race limit can provide to do even a few regular student things will be of the upmost value.

The theme of some other proposed rules was increasing the safety precautions for the sailors. Concussions within college sailing have been increasing steadily over the years, and understandably so with a big pole made of metal hovering a couple of inches over your head whenever you are in a boat. One proposed solution was making helmets mandatory for all sailors; but this did not pass. The cost per school would be very high, and it did not seem like the most reasonable solution to the voters (and, more likely, all of the sailors who refused to wear helmets.) Some more experimental methods have been proposed, and have started to be tested. For example, Fran Charles (head coach at MIT) has proposed that all booms be made of carbon fiber, so as to reduce the weight of the boom and therefore the risk of serious head injury. All of the FJ’s at MIT already have carbon fiber booms, and they seem to sail as well as the normal collegiate FJ’s. The only difference is that they do not have a track to feed the foot of the sail through, and so a clew strap is necessary. These often break, and so present a sort of nuisance to the sailors right now, but if this flaw gets perfected I think that the carbon fiber booms are an excellent solution to the safety problem. Harvard has gone another route; two of the boats in their fleet of FJ’s have booms that are about 6 inches taller than normal. The masts are also longer, so there is no change in the sail area, but this is still the more controversial method because it may have a more influential change in the way the boats sail. 8 other schools are following suit with this, and have been approved for use for these new masts. Only testing of the two methods over the season will tell which is more effective.

Overall, it seems that the committee is trying to change the dynamics of college sailing to better fit the health of the athletes that compete in it. “At the NEISA annual meeting it was encouraging to see how healthy the conference is,” says Peter Bailey, Brown University Junior and Undergraduate Vice President of NEISA, “the leaders are taking steps to make college sailing more safe and competitive.” The more the rules change to be mindful of the sailors, the more that college sailing will start drifting towards the standards of the NCAA. I think I speak for all of us when I say it will be extremely interesting to see how the sport will develop in the near future.

Here’s a LINK to the official ICSA Procedural Rules 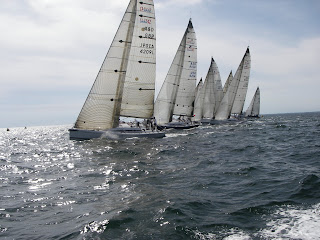 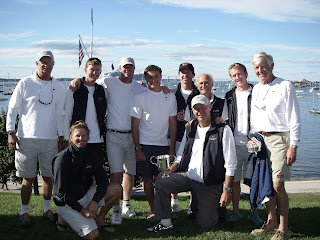 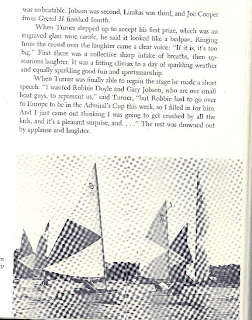 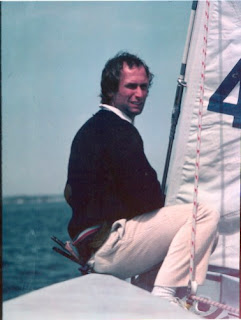 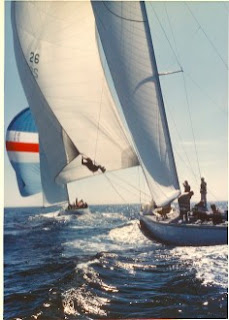