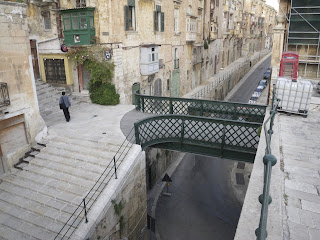 The photograph of the street, stairs, bridge and tunnel emphasize the many layers that comprise Malta.

The puff of smoke is the start of the race.
The photograph of “Rosebud” with only a stump of a mast demonstrates the pitfalls this race hides in a climate that is mild and sunny, not far from the coast of Africa. 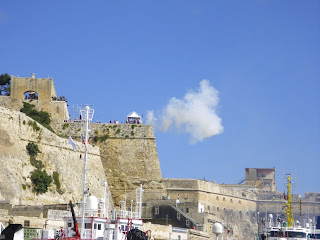 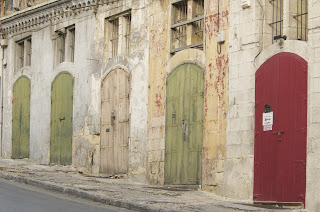 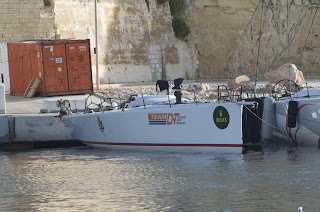 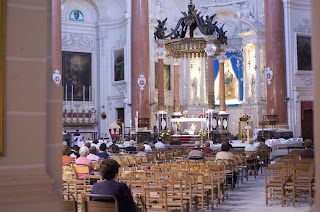 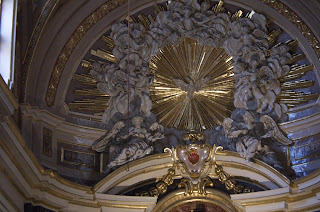 How do I reduce the image of Malta into a few photographs? .

I was here for the Middle Sea race ( see the blog of the race :http://www.tripsailor.com/blogs/2667-blog-rolex-middle-sea-race-2009) and had to try to stay focused on that. Even preparing the boat as the sun moved across the sky my impressions of Malta were ever changing.
I never was able to see more of the island country than going to and from the boat, which left me yearning to see and understand more. 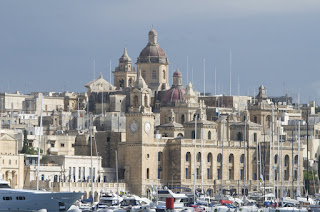 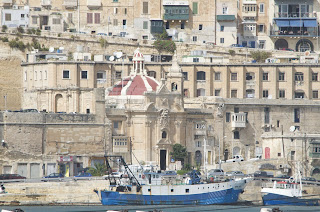 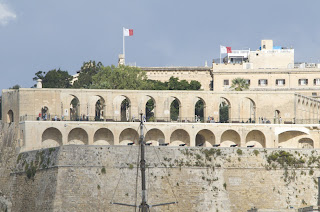 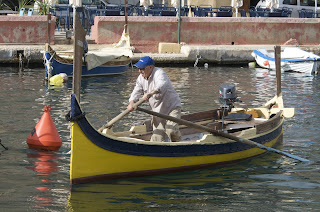 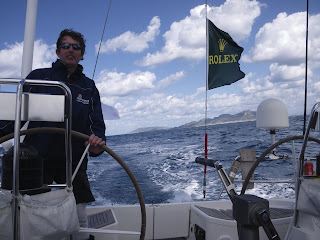 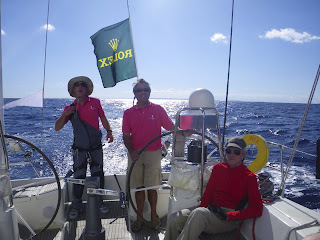 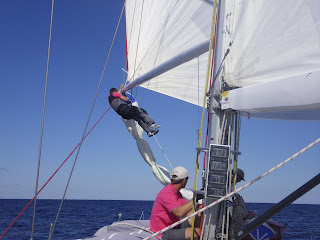 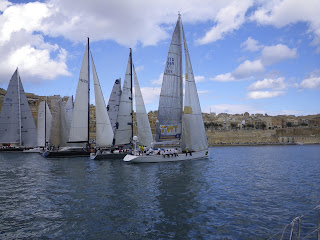 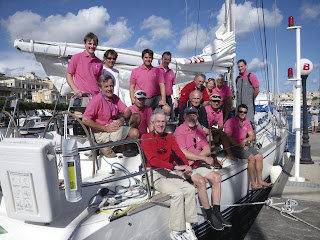 The 2009 version of the Middle Sea Race is done and dusted as the English are apt to say. I sailed on a 61 foot X-yacht called “Nix” under charter to Bugs Baer, with whom I had sailed the 2005 Trans-atlantic race. As in 2005 I came aboard not knowing any of the crew; and left with new friends.

On Thursday before the race, the entire crew spent the entire day without a stop emptying the boat of as much excess weigh as we could. It amounted to a considerable amount. Friday, we had a crew practice, as we had never sailed together before. We hit 16.5 knots, a new record for the boat. I do not think we went faster than 14.5 knots during the race itself.
The 606 mile race starts in the Grand Harbour of Malta, heading for the south eastern tip of Corsica, northward through the Straits of Messina. From there rounding Stromboli to port, the Egadi Islands, Pantelleria and Lampedusa Islands, the South Comino Channel, keeping Malta to starboard, to the finish line in Marsamxett Harbour. We finished the race in 3 days 20 hours and 54 minutes. I suspect that if “Nix” had been weighed, her rating would be considerably lower, and our results would have been improved.
77 Yachts entered and 37 withdrew largely because of the severe weather. Starting October 17, the water is still quite warm; this can produce small violent squalls. We encountered a few. These squalls can be seen on radar, but not always avoidable. We even had hail, the size of grapes, others reported hail the size of golf balls. “Rosebud” the 65 footer lost her mast, and “Belle Mente” withdrew.
I took photographs when I was able, and will post them at a later date. Of no less importance and a visual overload is Malta itself. One can stand in one place and in the course of the day the view will change, the light, the shadows, the perspectives created by the centuries of building. The history of Malta is familiar to almost everyone, but to see it is remarkable. There are churches everywhere, each more beautiful than the previous.