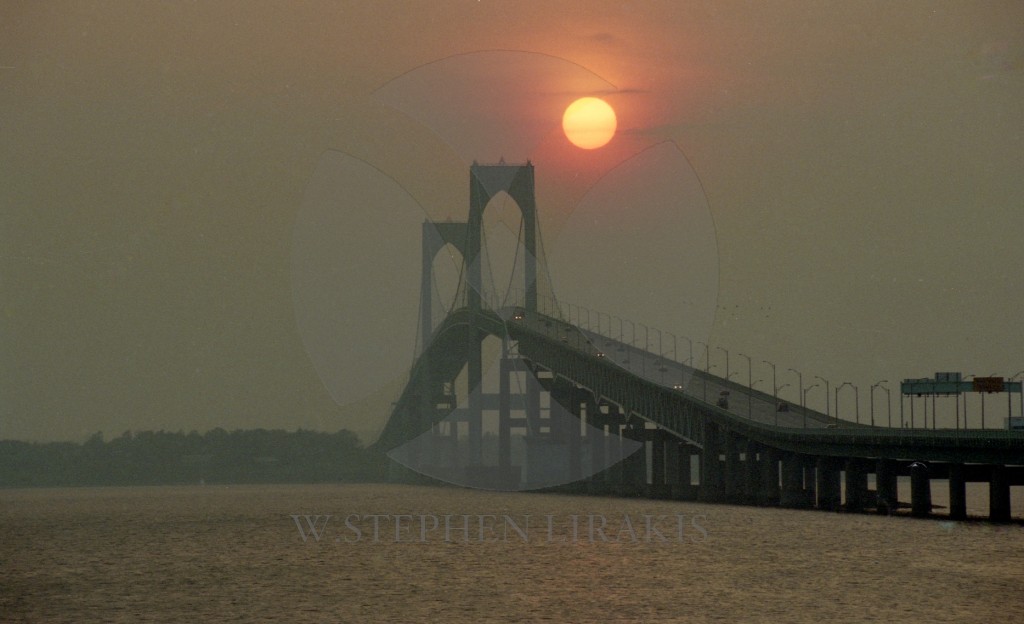 SUN OVER THE BRIDGE 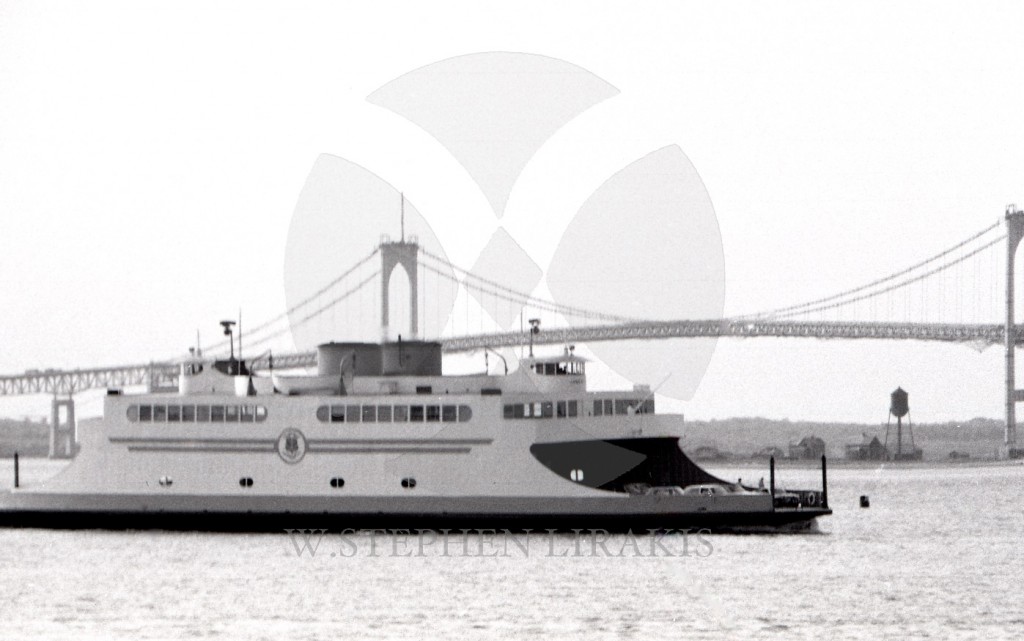 The Newport Bridge which opened in the summer of 1969 and changed forever the personalities of the towns of Jamestown and  Newport.

In as much that one can now drive to or from newport at any time one wishes. It changed the pedestrian life forever. In the days of the ferry, one could walk on the ferry in Jamestown and walk off in downtown Newport. A peaceful and quiet integration that is forever lost.

The photograph of the ferry with the bridge in the background; I took leaving Newport on the yacht “Carina” for the start of the 1969 trans-atlantic race to Ireland. I returned to the bridge being open, the ferry gone and Woodstock having changed the world.

I grew up hearing about Bucky Reardon, a legend of the Newport waterfront. Much later our paths crossed on a number of occasions. Bucky was the mate on “Bolero” while she belonged to John Nicholas Brown. Fred Lawton was the Captain. Bucky revered Fred Lawton, who was an even greater legend.

Bucky later was the paid hand on “Figaro” for Bill Snaith.

In 1977 when I was sailing on “Independence” vieing for the America’s Cup; Bucky turned up with a new kind of deck shoe called “Barnacles”. They were frankly better than topsiders and we all started wearing them. Unfortunately our syndicate had a contract with Sperry Topsider so the Barnacles appearance was short-lived.

I would phone Bucky about once a year. Really I wanted to hear his stories of the past. They were fine stories of the era before us. Stories for another day. Today we remember Bucky.

At a young age, Jim discovered a love of sailing that took him around the world to win such races as the America’s Cup, Fastnet and the TransAtlantic. He was a member of the Royal Ocean Racing Club in London, England, Cruising Club of America and the Storm Trysail Club.

Jim married Janet (Brady) Reardon on Nov. 11, 1961. During their 51 years of marriage, family and faith was his key priority while raising a family in Larchmont, N.Y. After he retired, he enjoyed time in Cape Cod, Massachusettsm, and Burnt Store Marina in Punta Gorda, Fla.

He graduated from Providence College with a degree in mathematics and was a former shoe buyer at R.H. Macy & Co. Recognized for his attention to detail and one who delivered results, Jim’s mantra was, “I deliver.” 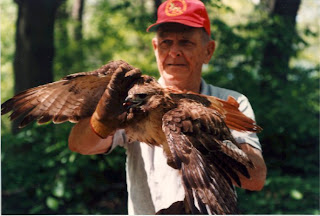 Natural grace, is a term that I apply to those who always seem to effortlessly exhibit good behavior, good manners, and are able to easily empathize with others.

John Nicholas Brown is my benchmark, against whom all others are measured. Larry Huntington, has always shown me these attributes.
It is Leon Russell, however, who is a man who may not gotten past the fourth grade as an education. Grew up poor, sometimes spearing frogs for food. Despite this background, Leon, exhibited the most wonderful manners. He was nonetheless who he was, a little rough, but shining through were exemplary values. 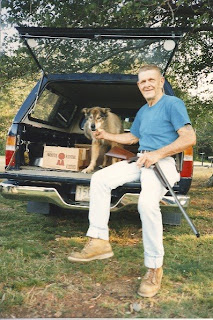 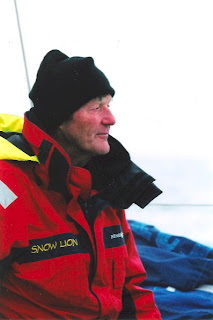 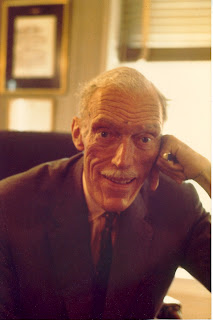 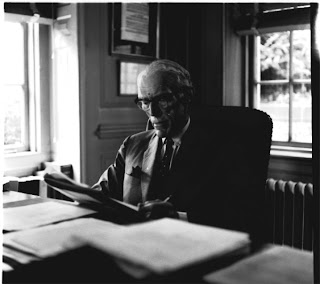 I started sailing with John Brown in 1962, on his Block Island 40 “Volta”. It was also the year of my first New York Yacht Club cruise. “Volta” won also everything during the cruise that year, what a way to start. I continued working on the boat as a summer job until 1967; after which I continued to commission and de-commission the boat for several more years.

Mr. Brown made a strong impression on me ,as I am certain was true of anyone who came in contact with him. I did not appreciate the mark he left until I was older. He was a kind, intelligent, generous, curious man. A genuine renaissance man. He lead me along with out leading, I am certain I am a better person as a result.
Mrs. Brown was no less a personality, full of strong opinions. I like to reminisce by saying that I somehow managed to stay in her good graces, despite being a teenager.
I stayed in regular contact with both Mr. And Mrs. Brown until their deaths,and smile to myself each time I think of them. 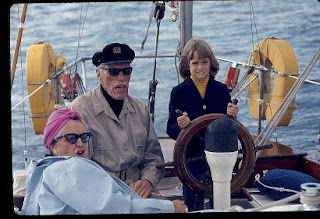