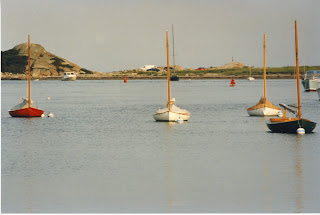 I just watched a 60 minutes episode about shark watching. It made me remember a summer, I must have been 8 or 10 years old. That particular summer the Gulf Stream moved very close to New England. Many beaches on Long Island and in Newport were closed due to shark sightings.

It is important to put this in context, it is the mid-fifties.
I spent my summers in Westport, Ma. with my grandmother. A fin was sighted in the Westport River; a group of my grandmother’s contemporaries were there swimming. Try to visualize elderly women, in one piece bathing suits, with a skirt at the bottom, entirely in black, and all of them wearing bathing caps.
These were women of principal, seeing the shark, they swam out and grabbed it by the tail and towed it ashore. It was easily 15-20 long from it’s nose to the end of it’s tail. Looking back at the event, the shark must have been sick. The groundskeeper from a nearby estate arrived with a shotgun; put it to the head of the shark and pulled the trigger. I watched all this from the beach. and after the shark was dead, put my fist in the hole left in it’s head by the shotgun blast.