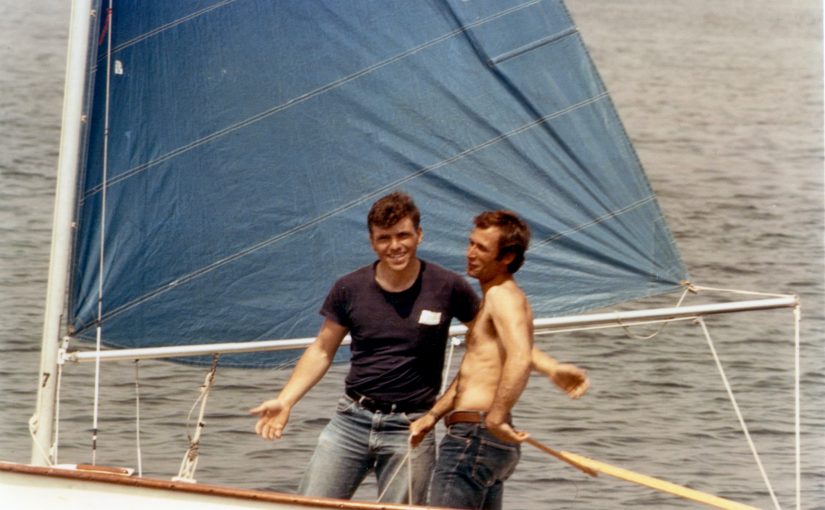 My fondest memories of college life are really are those of sailing and the broad community of all the colleges we competed against.

The format that of exciting sailing which afforded the opportunity to develop and sharpen our skills; but I am still racing with or against many of those I knew in college.

I recently attended my 50th class reunion at St. George’s School. Everyone who could came; I think suddenly happy to be able to be seen.

No less, college memories are now distant memories. Blaze Starr was one. We were sailing at the Naval Academy in Annapolis. After dinner we headed for the “Block” in Baltimore. The photo of Blaze is the only proof I have that we were actually there.

Blaze Starr, Burlesque Stripper Linked to a Governor, Dies at 83

Blaze Starr, the voluptuous stripper who became one of the most famous burlesque performers in America, and whose affair with a Louisiana governor was the basis of a movie, died on Monday at home in Wilsondale, W.Va. She was 83.

She was pronounced dead at a nearby hospital, her nephew, Earsten Spaulding, said. In recent years, she had heart problems and underwent bypass surgeries, he said. She had been in pain on Sunday, he added, but she refused to go to the hospital after she began feeling better.

Ms. Starr, with a head full of red hair, an ample bosom and a penchant for playful humor, stoked the fantasies of her legions of admirers from the runways of burlesque clubs across the country for more than 30 years, seducing many men along the way.

Her most famous affair, with Gov. Earl K. Long of Louisiana, produced a scandal that was the basis for the 1989 film, “Blaze,” starring Paul Newman and Lolita Davidovich. The film was based on her memoir, “Blaze Starr: My Life as Told to Huey Perry,” published in 1974.

In 1947, she traded a life in the coal fields and got on a bus to Washington, D.C., to pursue a career as a country singer. While working at a Mayflower Doughnut Shop, she met a promoter who convinced her to become a stripper instead.

At age 15, Ms. Starr began performing at a club near the Marine Corps base in Quantico, Va., before moving to Baltimore, where in 1950, she stepped onto the runway of the 2 O’Clock Club on the Block, a famous strip of adult entertainment shops and venues.

She gained national recognition in 1954, when she was featured in Esquire magazine, and continued performing for more than 30 years before hanging up her G-string and pasties in the 1980s to become a gemologist. She made jewelry, which she sold at a mall in suburban Baltimore.

Reflecting on her career as a stripper, she told The Baltimore Sun in 2010: “Honey, I loved it. But everything has its season.”

On stage, she often delighted crowds with the way she would tuck a rose between her bosom and blow the petals across her chest. Sometimes, she stretched out on a couch, wiggling and looking seductive while removing her garments. When she got to the last pieces, smoke emerged from between her legs, triggering laughter from the crowd.

She met Governor Long while performing at the Sho-Bar in New Orleans in 1959. She recalled their affair in her memoir, and also claimed to have had an affair with President John F. Kennedy after he attended one of her shows.

In an interview with People Magazine in 1989, she said she had stopped performing burlesque because it had become too raunchy.

Ms. Starr was married to Carroll Glorioso, the owner of the 2 O’Clock Club, for 12 years before they divorced.

In a short video profile filmed before the movie was released, Ms. Starr was asked whether she would change anything about her life.

“Not a thing,” she responded. “I would just do a lot more of it and try a lot harder, and seduce a lot more men than I did.” 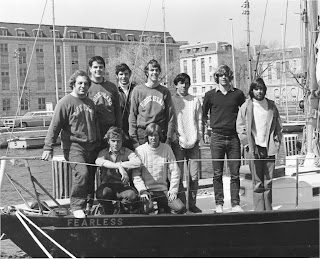 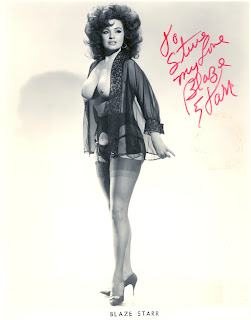